There is often a debate about what are the best image formats - JPEGs, PNGs, TIF, RAW, etc. The list is extensive, and each one has its own unique fea...

Forum in Computer Software | By redbrad7 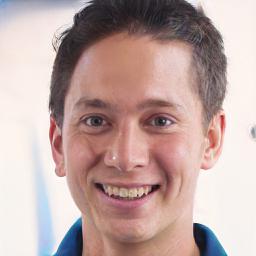 There is often a debate about what are the best image formats - JPEGs, PNGs, TIF, RAW, etc. The list is extensive, and each one has its own unique features, but the most popular ones are definitely JPEGs and PNGs.

JPEG stands for Joint Photographic Experts Group, and it was a standard created to allow for compression of image files. One of the biggest advantages of the JPEG format is that it has been around for a long time, and almost every application and device can read it - computers, phones, tablets, printers, cameras. The main disadvantage of JPEGs is that it uses a lossy compression method. That is, every time you compress the JPEG file, some of the original data in your image is lost, and that can happen continually each time you decide to compress it.

On the other hand, lossless compression means you can compress the file without losing any of your data. This is where PNG, or portable network graphics, shine.

However, while PNG is one of the most popular image formats on the web, the main reason is actually not because of the compression advantage, but because it can support transparency. A lot of times, graphics need to layered on over each other seamlessly, and you can't usually do that with other image formats. In JPEGs, for example, you always tend to have a white background. This is fine if you are pasting it onto something that already has a white background, but it looks quite out of place if it is put into any other background. The white box makes it look the image was cut and pasted. On the other hand, you can make any pixel in a PNG image transparent. This is great for designers because they can lay any PNG image over a background, and the background can be seen behind the image, even if the image's area actually covers the background.

Despite the difference in compression, JPEGs and PNGs both have their place in certain applications. JPEGs are typically the most popular format for photographs, even those in high end cameras. This is due to the high compression ratio - high quality photographs can tend to be large files, so being able to compress its size is important to reduce disk size usage. PNGs tend be used on the web, especially for logos, and any smaller images that have crisp, sharp lines. These lines would tend to be blurrier with JPEGs, but stay nice and clean with the PNG format.

Understanding what the advantages and disadvantages of JPEGs and PNGs is important because neither is better than other. They are different formats and the best choice depends on the application. Overall, it mostly comes down to a trade off between file size and image quality, and whether you need transparency or not.