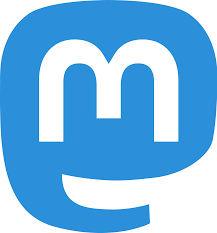 What is Mastodon? | The Open Source Social Media Network

Not the metal band, probably

What is Mastodon? | The Open Source Social Media Network

Not the metal band, probably

Mastodon is an open source social media network that was initially released on October 5, 2016 and has been growing in popularity. Some users hope that it will gain enough traction to replace Twitter, though it is not quite there yet. As of August 2018, Mastodon has about 1.5 million users, while Twitter still dominates with around 321 million monthly users (or 126 million daily users, as of February 2019).

The founder of Mastodon, Eugen Rochko, may or may not have said that the name of the network was inspired by the character “Manfred” (pictured below) from the popular film Ice Age: Dawn of the Dinosaurs. 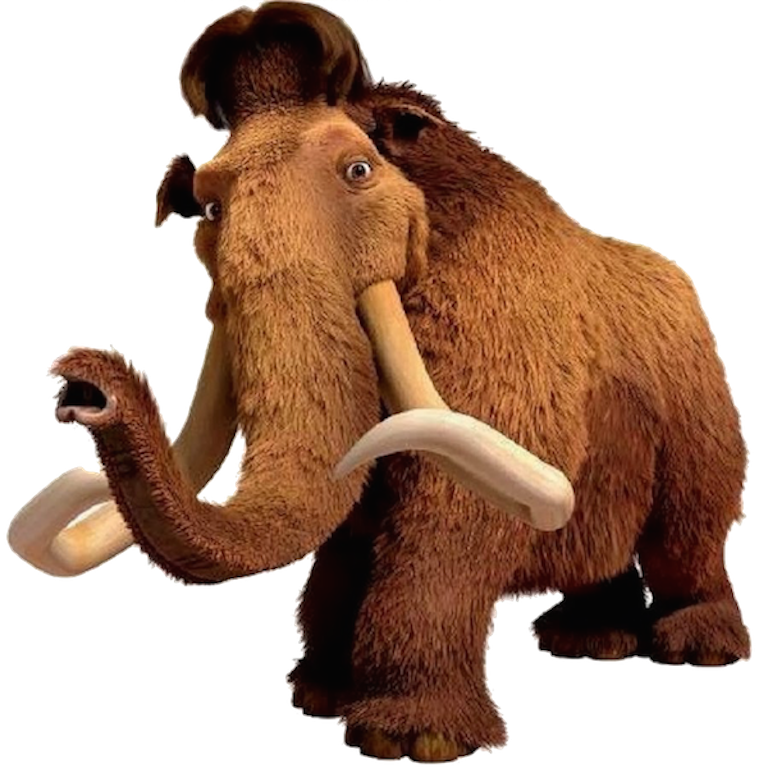 Regarding functionality, Mastodon is very similar to several other social media sites, particularly Twitter. Users make profiles and can post text, images, and videos as well as follow other users and reply to or boost (re-Tweet, essentially) their posts.

While a Twitter post is referred to as a Tweet, a post on Mastodon is called a “Toot.” Compared to Twitter’s relatively small 140 character limit, Toots on Mastodon can be up to 500 characters. Mastodon includes a couple of extra features when posting Toots as well, such as the ability to change privacy settings or give a content warning. 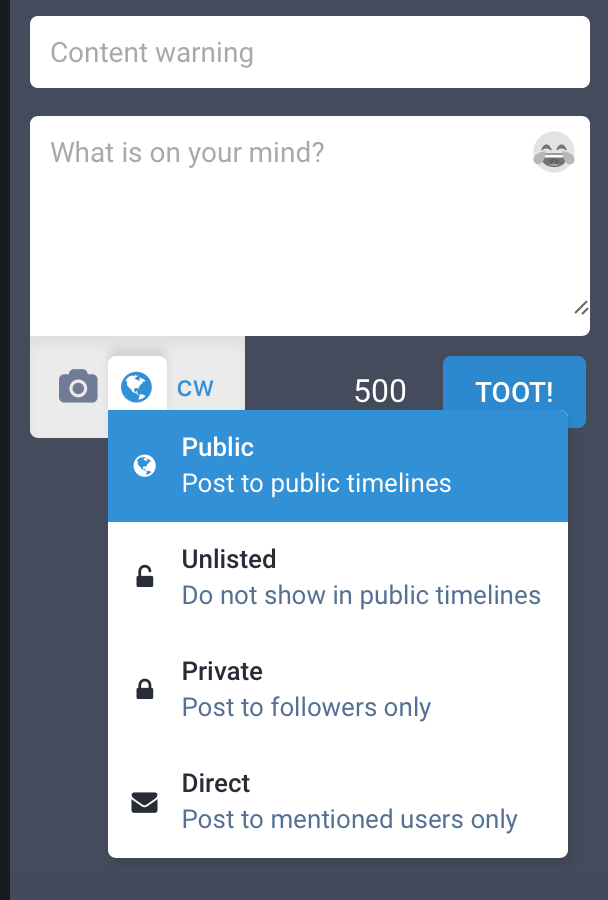 But if Mastodon is so similar to Twitter in some ways, what sets it apart?

Mastodon is Decentralized and Open Source

Mastodon is a decentralized network, meaning that it is not run by any single person, corporation, or server.

Mastodon is also open source and anyone can create and host their own version of it. Making a new version of Mastodon is referred to as an “Instance.” These Instances are owned, operated, and moderated by the person or community that made them.

When creating a Mastodon account, you will first need to select a server running an Instance of Mastodon. Different servers have different rules and moderation policies, and are often geared toward a particular location, language, or interest. You can choose a server based off of the moderation rules and Instance themes that you find most appealing.

However, just because you choose a particular server does not mean that you are isolated. You can still follow users on other Instances, and even sort your feed to show only posts in your own Instance or a “Federated” view of all the Toots coming onto your server. 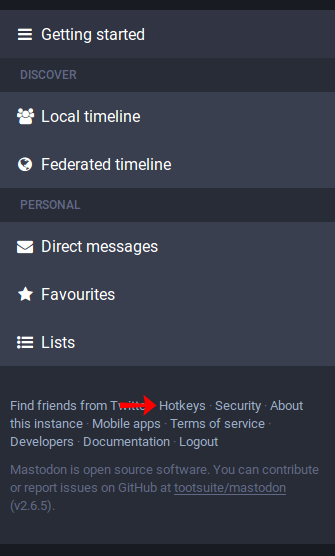 Mastodon Can be Private

Although it is possible to interconnect any Mastodon servers together into a giant network, Instances also have the option of remaining private and disconnected. This is especially great for private groups or servers that are themed towards niche interests.

Whether the server joins the network or remains private is completely up to the moderators and other community members.

Because there is no central corporation operating Mastodon, there is no profit motive that can compromise the integrity of the social media network.

Mastodon Instances are usually crowdfunded rather than financed by, say, advertisements. This means that, unlike a corporation like Twitter or Facebook, Mastodon is not reliant on turning a profit in order to continue operating. As a whole, Mastodon cannot go bankrupt.

Because Mastodon is not run by a profit-motivated business, it also means that your data won’t be sold to third parties and that you won’t be assaulted by targeted marketing. Mastodon also cannot be sold to a larger and less ethical company further down the road because it is already open source and free for all.

While Twitter has a relatively small moderation team for its massive amount of users, Mastodon servers are moderated by its community members which means that they typically aren’t spread as thin.

Unlike a corporate social media site like Tumblr, which are moderated according to platform-wide rules, each Mastodon Instance can have its own specific set of rules for moderation. This allows users to pick a server which has rules that they agree with.

Mastodon runs a Ruby on Rails application that uses Node.js, Redis, React.js, Redux, and PostgreSQL. There is way more documentation on Mastodon available on its GitHub page, from which the open source software can also be downloaded.

Mastodon is also compatible with other social media platforms such as GNU social, another open source platform. Like Mastodon, GNU social features a similar interconnectivity between servers. These platforms are compatible because they both implement an open standard called OStatus.

The OStatus standard is a set of protocols for federated microblogging that allows users to send and receive status updates between different servers. This is what allows Mastodon Instances to connect and communicate with each other.

Because GNU social is built on the same protocols, it can connect with Mastodon servers as well. The same is true for any other platform that is created using the OStatus standard. Together, these platforms can link together to form an even larger network.

Although the exact relationship has not been determined, a number of Mastodon domains have a strong positive correlation with ranking sites in SERPs.

A possible explanation for this is that if a popular post is posted on one Mastodon server, it may be reblogged to a number of other Instances, all with different unique domains and hosted on separate servers.

Say a link to your web page is posted on Mastodon. If it is “boosted” enough times by users on other Mastodon servers, the link will now be on a number of unique domains. This could potentially benefit your off-page SEO.

Mastodon May Be a Marketing Conspiracy

Conspiracy theory: Could the Mastodon software be a high-effort marketing campaign by the metal band of the same name? This tweet seems to all but confirm it.

The Lasting Power of Mastodon

Mastodon offers a number of benefits over Twitter, such as increased privacy and security, personalized moderation policies, and a greater sense of community for different groups of people.

It’s been a little over two years since the open source platform launched, and we have yet to see if Mastodon will actually unseat Twitter. However, with a steadily increasing amount of users and occasional controversies alienating users from Twitter, it’s probably safe to say that Mastodon has successfully carved out a niche for itself in the meantime.

Be sure to check out the companion article about the decentralized video platform PeerTube.