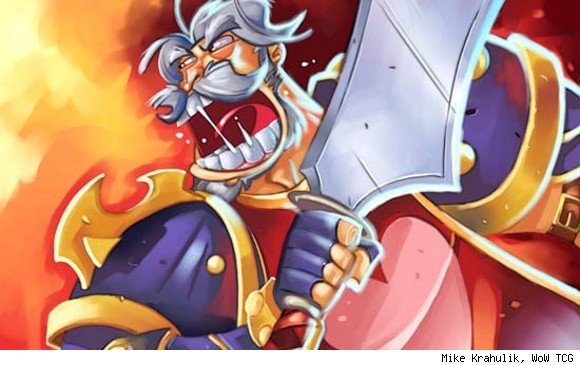 "Why do you do this shit, Leeroy?"

"Why do you do this shit, Leeroy?"

Most people, except for maybe little babies, are familiar with the legend of Leeroy Jenkins.

On May 11, 2005, a video was posted on WarcraftMovies.com with the title “A Rough Go.” The video featured a World of Warcraft guild that seemingly couldn’t catch a break. As they prepared meticulous plans to pass through the “Rookery” area without being destroyed by dragons, a player came back from being AFK and charged headlong into the room, shouting his own name, Leeroy Jenkins, as a battle cry. His guild, with no choice but to follow him in, were annihilated.

In case you haven’t seen it before, below is a reupload of the video:

Although the debacle was staged, the Internet was younger and less jaded before the golden age of 4chan, and most viewers accepted the events of the video at face value. The video went viral and Leeroy Jenkins became a widespread meme before we even had the nomenclature for what a meme is.

This much is commonly known, but fewer people know the true man behind the myth of Leeroy Jenkins.

Who is the real Leeroy Jenkins?

Ben Schulz, from Lafayette, Colorado, was 24 years old and getting his degree in electrical engineering when he and his friends made the iconic “A Rough Go” video. Schulz had apparently come up with the Leeroy Jenkins character by accident while playing the national sport of South Korea and the friends decided to feature him in their video. Schulz has said that “a couple of 40s” were involved in the video’s making. 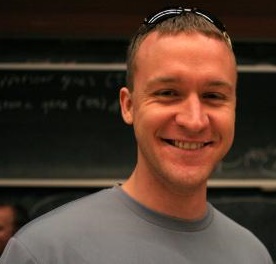 Schulz’s guild, the sarcastically-named Pals For Life, had already posted a number of other satirical World of Warcraft videos, but none of them picked up very much traction. The cameraman behind these videos, Ben “Anfrony” Vinson, had been friends with Schulz since middle school and is now an engineer at Kongregate. Vinson later said that he thought some of their previous videos were funnier.

Similarly, when asked about the Leeroy Jenkins fandom, Schulz said, “I chuckled a good amount when we first released it, but I don't think it's the epitome of comedy by any means." Needless to say, Schulz, Vinson, and the other Pals For Life were completely taken off guard at the success of their latest video.

In the first day after the video was posted, “A Rough Go” was downloaded more times than any other video on WarcraftMovies.com. Soon after, the video had been downloaded millions of times.

On recalling the sudden popularity of the video, Vinson said:

We woke up the next morning and our friend had a nasty email from his ISP about having to shut down his server due to too much bandwidth usage, and at that point the video was already everywhere, it was out of our hands.

Vinson also said that he and Schulz didn’t think anyone would believe the video was real, since it was so obviously satire. Despite many people doubting its authenticity, and some even making detailed arguments as to why the group’s thorough plan was bunk, the video propagated quickly and the name of Leeroy Jenkins was soon famous.

While playing WOW, Schulz found himself constantly beset by admirers and trolls. He started receiving hundreds of whispers from other players each day, often at least one every twenty minutes of gameplay. The contents of these messages ranged from pleasant greetings, questions about if he was the real Leeroy, and profanities.

Schulz was often followed around in-game and surrounded by crowds of other players. He even had an in-game stalker called “Leeroy’s Apprentice” who followed Schulz’s character around constantly and tried to figure out details about his real life. Schulz remarked that this guy was “kind of crazy.” 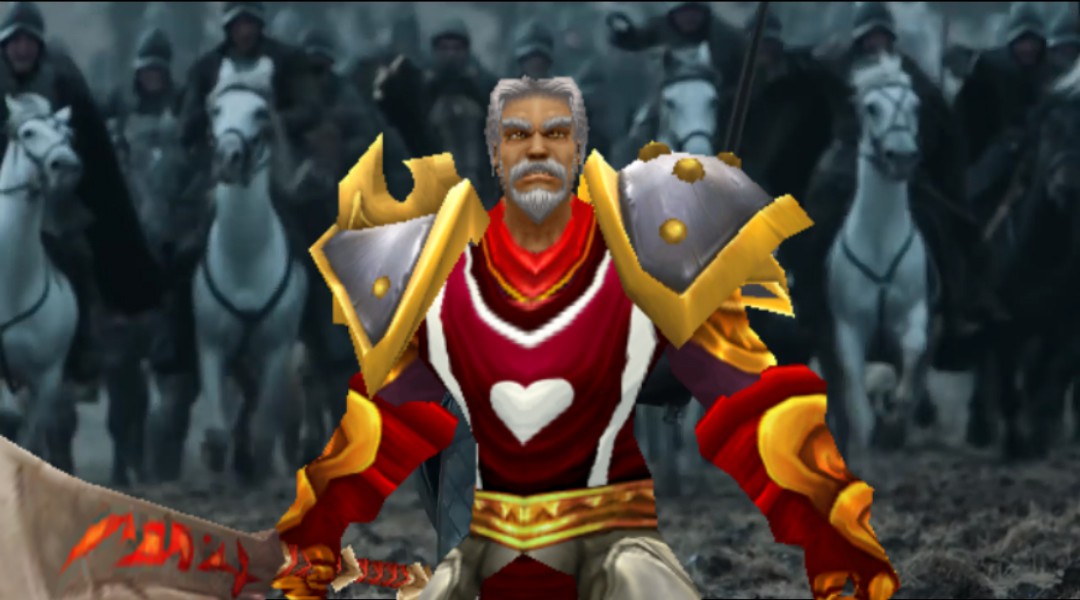 At the time, WOW didn’t allow cross-server play, leading to huge queues and wait times to play on crowded servers, as well as lag, rollback, and disconnection when you actually had gotten on. The Leeroy Jenkins video attracted tens of thousands of new players to his server, making these issues even worse.

Despite the unwanted attention, his brother Josh, another member of Pals For Life, said that Schulz was very polite to everyone who messaged him. “After a couple of weeks, I would go crazy.”

Schulz’s parents both worked in theater, his mother as a theatrical director, and his father as a set designer. On the Leeroy Jenkins phenomenon, his father James Schulz had this to say:

You could take the most famous theatrical production and I don't think you would get the broad awareness of it that you get with this thing. I'm sure Shakespeare or any great playwright would just be dumbfounded at the possibility of it.

Schulz stopped playing World of Warcraft not long after making his iconic video but returned briefly to play the Cataclysm expansion released in 2010. At the time, he said that he was working on a new video, but no such video was ever released.

His return lasted about a year before he cancelled his account and decided to take his gaming elsewhere. Though his escapade had drawn many new people to WOW, the experience was no longer the same for him.

Unfortunately, his newfound fame did not necessarily translate to monetary gain for Schulz or his guild. They attempted to monetize the Leeroy Jenkins meme by making t-shirts. But Leeroy Jenkins himself somehow got caught up in Blizzard’s copyright, as they owned the IP rights to anything created using their service. Therefore, they were free to profit off of the Leeroy Jenkins character, but Schulz was not.

Over time, Blizzard would give the Leeroy Jenkins character an official trading card, miniature figurine (pictured below), Hearthstone card, WOW achievement, and add him into the game as an quest-giving NPC. 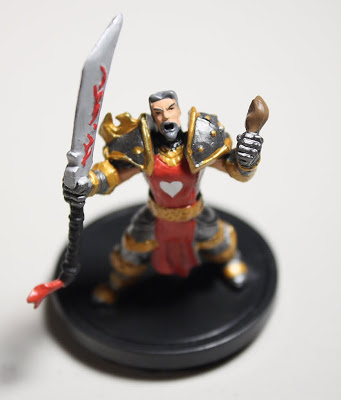 Meanwhile, the Pals For Life decided to use Schulz’s face to sell t-shirts, but it didn’t work.

Schulz was apparently approached by several video game companies who wanted to know if he could recreate the success of the video, but he did not accept jobs with any of them. Most notably, EA offered him a six-month contract doing God-knows-what, but turned it down due to low pay and because he would have to move all the way to California for the position.

He also considered trying to springboard into the world of voice acting.

He's heard a rumor that a computer-monitor company wants to use Leeroy's voice in its promotions. He's thinking about finding an agent, possibly making a demo CD, getting started in that voiceover business -- although even he admits, "I don't know why you would want Leeroy to endorse anything.

He eventually did get an opportunity to do voiceover work as the Leeroy Jenkins NPC. Initially, Blizzard did not reach out to Schulz about voicing him, but Schulz emailed them asking for the opportunity to replace the original voice actor and they agreed. They even went to the effort of making it sound like he was speaking into a shitty 2005 microphone. You gotta feel bad for the original NPC voice actor though.

A character named Private Leeroy was also given a cameo in an early draft of the Warcraft film’s screenplay, but the role was cut before the final version released in 2016. It is unknown whether Schulz would have been considered for this role or not, but he was invited to the film’s premiere.

In the end, Schulz didn’t really make a huge amount of money from Leeroy Jenkins, despite Blizzard making use of the character. Instead, Schulz continued to pursue his college education, grew a beard, and became an electrical engineer (the same field that Terry Andrew Davis studied prior to working at Ticketmaster). 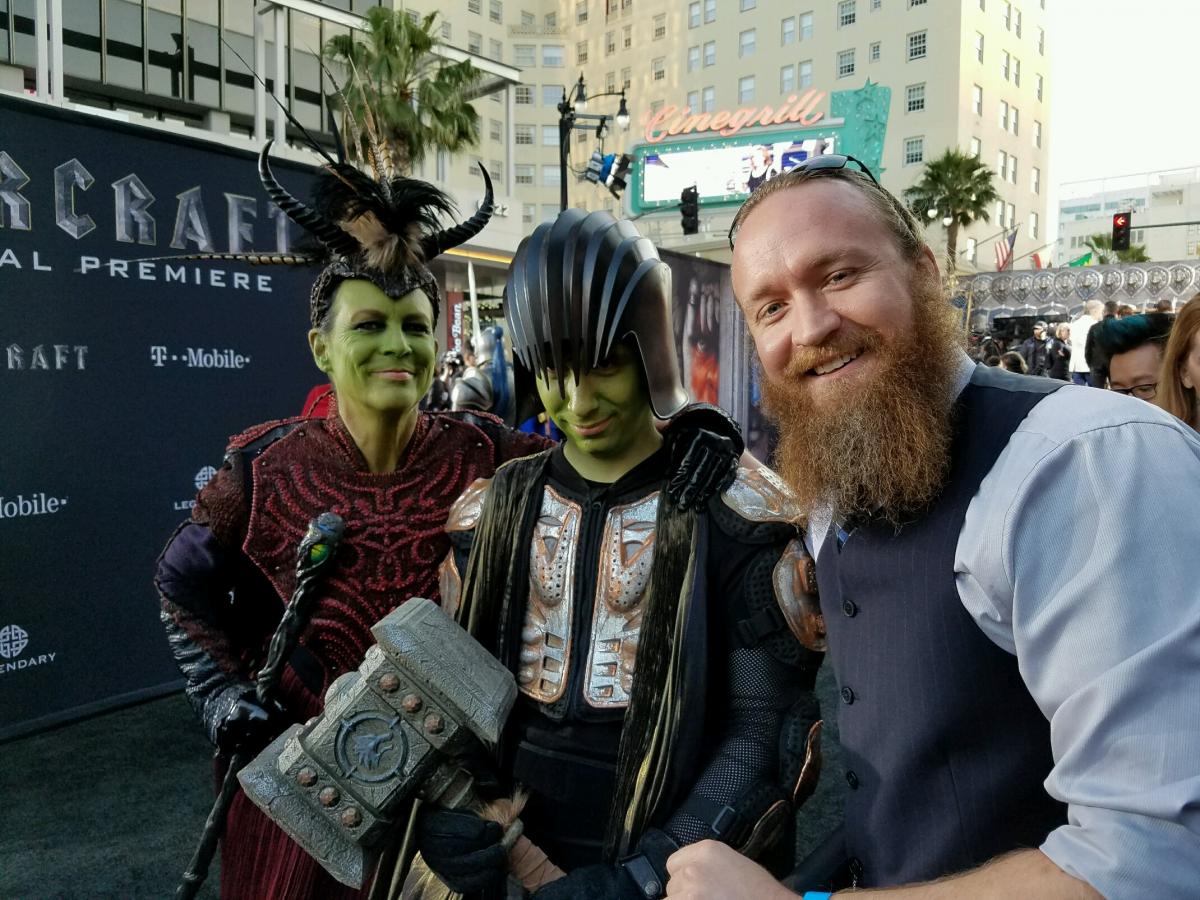 Schulz was invited to attend a number of events in the years immediately following the release of “A Rough Go.” These included Blizzcon, ROFLCon, and others.

Most of these appearances consisted of him mingling, appearing on stage, and commentating on WOW tournaments, usually accompanied by Leeroy Jenkins’ well-known battle cry.

The following interview is from Blizzcon 2007 interview, at which Schulz served as an official broadcaster for the WOW tournament. He was apparently doing well at the time, as he had just gotten “a new job, a new place, and a new girl.”

A warrant for first degree murder was put out for Jenkins in Jacksonville, Florida, but luckily it was an entirely different guy named Leroy Jenkins, Jr., and didn’t have anything to do with our stalwart hero, Ben Schulz.

Perhaps because it had fewer memes to compete with back in the day, Leeroy Jenkins latched onto the public consciousness for years to come, and was referenced in shows such as Scrubs and How I Met Your Mother. The meme also showed up on Jon Stewart’s Daily Show during the 2012 Presidential Election (potato quality video here). Leeroy Jenkins was also mentioned in a question on Jeopardy!, but none of those dummies knew the answer:

Perhaps as the pinnacle of his stardom, Leeroy Jenkins also made an appearance in the Armed Forces Journal, as an example of what not to do.

Over the years, Schulz was careful to never admit that the initial video was staged. However, in 2017, he and Ben Vinson officially revealed that it had been fake all along (which of course was obvious to a good deal of WOW players already).

They made the announcement as a means of promoting Net Neutrality, also releasing a different take of the classic video.

On October 16, 2017, the Art Institute of Colorado held a gaming panel featuring Schulz, entitled “Leeroy Jenkins and the Pals for Life, with the focus beings on MMORPGs and the influence they’ve had on viral videos. As of that panel, the Pals For Life were still going strong with 93 members.

What a great time. Press F to pay respects for Leeroy Jenkins’ World of Warcraft character. Do you like playing nice video games? You too can avoid getting ebola, reclaim virtual Jerusalem, and do other virtual tasks for, like, $8 with the Humble Bundle. Or, watch the classic episode of South Park "Make Love, Not Warcraft," which is literally free through the Amazon Prime Video 30 day trial (six months through this link if you're a student).