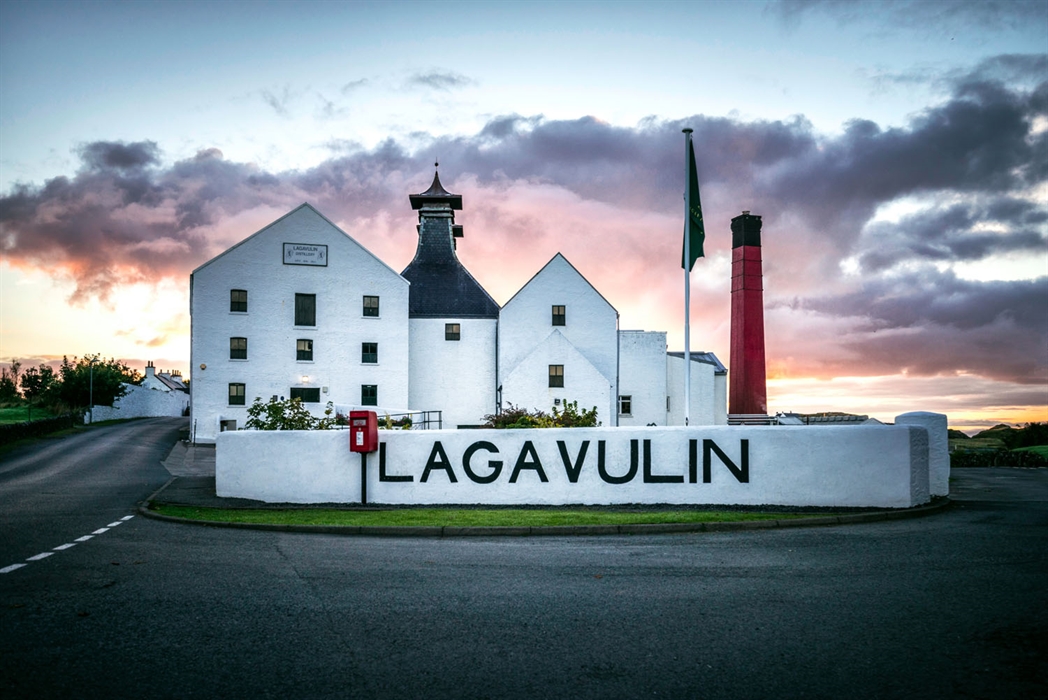 We drink and we know things. #PourUp

Forum in Garbage Can | By Hash Brown

For those that regularly pour up Whiskies of all types (no racism allowed here friends), I hearby declare the 256kilobytes whisk(e)y club open.

While this thread is designed for whiskey (Scotch, Irish, Japanese, American), feel free to also include Rum, Vodka and whatever else you are drinking.

We will not accept:

These are not what men drink.

Review however you want, do not think you have to be a high level alcoholic to join in.

Ok I will start.

I am currently pouring up Tamnavulin Double Cask, a spreyside no age statement single malt.

Seems to boast that it's matured in American Oak casks and then finished in old Shery Casks... It's pretty good.

Taste:
It punches you in the face, the nose is very complex but the taste is just pure fucking oak. There isn't much there bit it has big flavour, I'm a fan of very peaty Islay malts, this has the same sort of power.

Finish:
The finish reminds me of Kraken rum with a hint of mouthwash. It's sort of spiced and sweet, it's decent

Notes:
I believe this whisky is the first out of their new distillery... I honestly think they intended this to be a good aged whiskey but either needed cash flow or the batch went bad and they realised the oak overpowered it (and switched to sherry casks, laster claiming it was a deliberate move).

Sherry does come through in the spices in the finish but the influence is otherwise barely seen. Overall, good whisky. It was very cheap on Amazon (£20 I think), I literally picked it up to fill out an order and it was on sale.

I mentioned Islay is my favourite single malts so I will do these in 1 hit.

My all time favourite pour up is Lagavulin 16, this shit is made by the fucking lord himself. If you told me there was only 1 bottle of this left on the planet and I had to suck 100 dicks to get it I would consider it.

Made famous by Ron Swanson, a friend bought a bottle thinking it's a TV meme whisky and was kind enough to give me a glass. This was a life changing moment.

Nose:
Smoky as fuck, vanilla, iodine, sweet and spicy. Incredibly concentrated and full of stuff. It's like having your nose kissed by an angel.

If I met a girl that smelled like this I would marry it, even if it was a pink haired "men are evil" feminist.

Taste:
THICC, sweet, sherry-like, tastes like the sea and lovely... and then the oak and smokeyness develops like a fucking tidal wave and your eyes will open and your heart will beat fast like you're getting your dick sucked for the first time again and your spine goes kind of limp as your eyes roll back and you realise you that people called greg are faggots and this is what life is about, kind of.

Finish:
Long, very peaty and smokey, vanila kicks in at the end and figs join the party. This shit is incredibly warming, it clings to your rib cage.

This is the single best liquid of any kind ever made by a man, fuck everyone that disagrees.

Even supermarkets have this in the UK, I don't know how they make enough of the stuff. I shall have to invest in many cases.

I've only ever had 1 bottle of this, but after discovering Lagavulin I wanted to try the rest of the Islay single malts to see what else was out there.

Nose:
Briney, lemmony and then the islay signature peat/smoke

Taste:
salty, fruity hints and the lemon comes out a little more. Oak charr and smoke join the party later on, similar to Lagavulin but far less intense.

Finish:
Short finish, the smoke lingers and lemon comes back out.

It's worth trying, I have a friend who likes this because he's not enough of a man to drink Lagavulin, it's really a very mellowed out whisky (for an islay), good malt

Ardbeg do a massive range of single and blended malts and they stand out. This shit has won a lot of awards and seems to be preffered by the masses over Lagavulin, but I partly think this is because it's just a hipster Islay with a fancy bottle and label.

Out of their range though, I think their 10 year old is the one to go for (and weirdly the cheapest). The rest of their products are no age statement and seem to be far more mass produced and marketed at children with gay names like "lore" and "supernova".

Nose:
Sea spray and peat, it hits you full on in the face. You get some vanilla too. It really opens up if you leave it for 5 mins to air.

Taste:
Vanilla + lemon hits first but it's very smokey later on. A really nice build up, I can see why it's popular and it's a very distinctive taste.

Finish:
The finish reminds me of a bonfire, very intense, woody, it's unique. Very good

I really like it, it's amazing as a drink but not my ultimate favourite. It's not as complex as Lagavulin, but a solid drink.

The best thing though about these three distilleries is they are literally all based on the same road, and this road also has a bike rental shop so you don't get arrested for drink driving and a hotel.

God himself made this road, jesus gave us this.

After blackfriday, maybe new year I shall be taking this journey and I will be on this road. I will update thread with pictures.

The Port Ellen distillery is also there, but I have not tried their product.

On the East coast of the islay lies Caol Ila, fuck me what a drink.

I've tried this once, I bought it as a gift for someone and we shared a glass so please excuse my inexperience. I will retectify this for the content.

This is a good whisky and seemed a lot more mellow than all of the above. Probably a good intro to Islay whisky.

Taste:
SMOOOOOOOOTH, oily and peaty/smokey throughout but it does open up without being overpowering. Very complex, I would need to have a bottle to get more flavours out of it, very good though.

It's not a drink you would get bored of, very very good. Complex.

Finish:
A combination of sea, smoke and sweet. Very islay-like but without the punch.

Whiskey as a Meme

This is Conor McGregors own brand whiskey, a 3 year old Irish whiskey.

This shit is a party drink, do not take it seriously. It's not great, very chemically, it's for mixing. It's just fake vanilla flavouring, I don't know why I bought it... It wasn't available in the UK at the time and amazon Ireland had it...

It's very flat, light and vanilla flavoured. Conor McGreggor gets punched in the face for a living so I can see why he made this... Perhaps when his distillery will do some good shit later on.

Peopel say this is made by bushmills, I don't think it is. They would not allow this stuff to leave for fear of damaging their brand.

A friend bought me this, I have not spoken to them since. 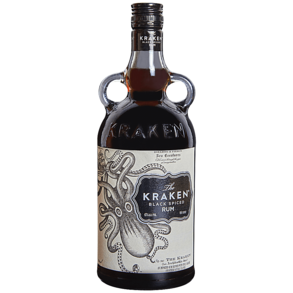 Discovered this in Vegas, couldn't believe how cheap it was compared to the UK but I still buy it because I'm autistic.

I am a fan of this with coke, it's a good alternative to Jack Daniels for mixing. A very well spiced dark rum, quality content. Google would rank.

A no age statement talisker, from skye at the standard talisker 45.8%. Good.

Taste:
Pepper hits you and then you get some sea mist but they disapear, pear and smoke later on

I tried this with water, I think it's better with just a little bit

I do like it though, big character. I shall have to get more Taliskers. I grew up near the sea, this kind of brings me home. 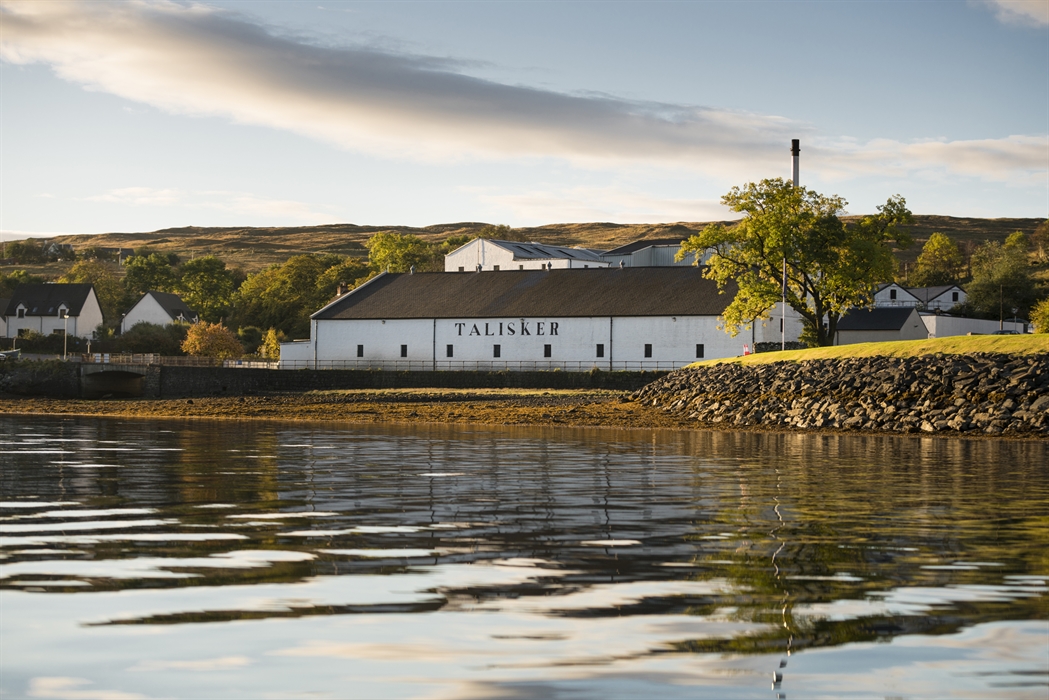 I literally was given this as a gift, I would never buy a blended whisky as these are gay

It's a 12 year old, very mass produced and sold. Might be the most popular whisky in the UK in terms of units sold.

Nose:
Toffee and cream with some peaches. Very sweet, kind of nice...

Taste:
Very gentle, fruity, creamy, you get some smoke but not much

Finish:
Smoke outlasts everything but it's not intense.

This is a pretty good drink, I like big flavour that punches you and shits on your face and this just isn't it but it's not bad either. It reminds me of my grandfather, it seems like an old man drink. It's like drinking an old man.

Often cited as a beginner whisky for those looking to try their first single malt, my expectations were low.

However, there is also a reason this is the most sold single malt of all time, available in over 180 countries. It's a classic.

It's a big of a marketing machine and have consistently made the right decisions since the prohabition era:

They are pioneers, and often the perfect gift for those buying for occasional drinkers.

With it being christmas time, supermarkers are often selling these bottles for very cheap. I picked up a bottle for just £25 (usually £40ish)

Taste:
All the fruits, you get a little sweet and sour going on, almost tastes like port. Very very fruity.

Finish:
Short and crisp, taste of apple/pear stays and lingers.

It's very inoffensive, it's basic bitch stuff but does the job very well. Ideal for keeping on your shelf to share with guests or something fairly inexpensive to drink every night.

Sir this is whisky enthusiasts thread, please keep these big-pharma shills away from our thread. They just want to stop you drinking so you buy their pills.

Drinking does not make your ribs pop out.