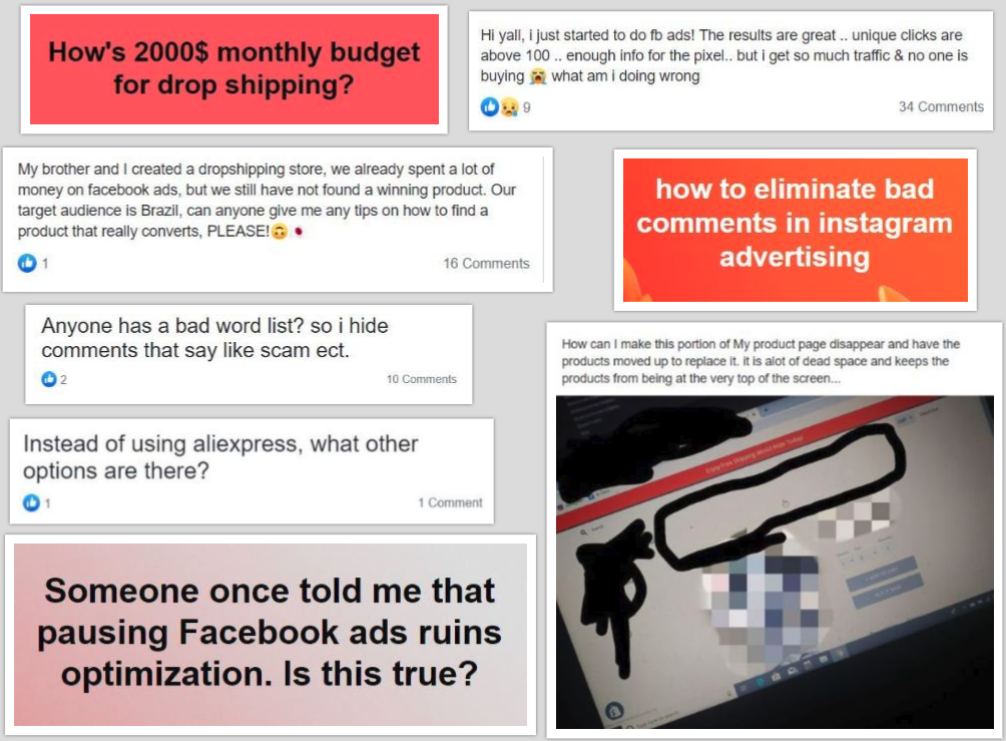 Your dropshipping idea is bad, and you should feel bad

Don't start a dropshipping store until you read this

Your dropshipping idea is bad, and you should feel bad

Don't start a dropshipping store until you read this

In this article, I'm going to bitch about the mainstream idea of "dropshipping". This isn't meant to target people who understand that dropshipping as a business model means more than having a Shopify store and ordering things from AliExpress when you get an order. It's also not targeting those who actually understand that they can't rely on Facebook ads as a traffic source, not at least without having funnels and email marketing campaigns in place.

What I will refer to as "dropshippers", are the people who watched a YouTube video and got the genius idea to start a store and sell than one great product, without ever actually having sold anything, or even built an actual functional website. It's those who can't write a media query, yet somehow want to become Internet millionaires. It's people who ask stupid shit like this on a daily hourly basis literally every fucking minute: 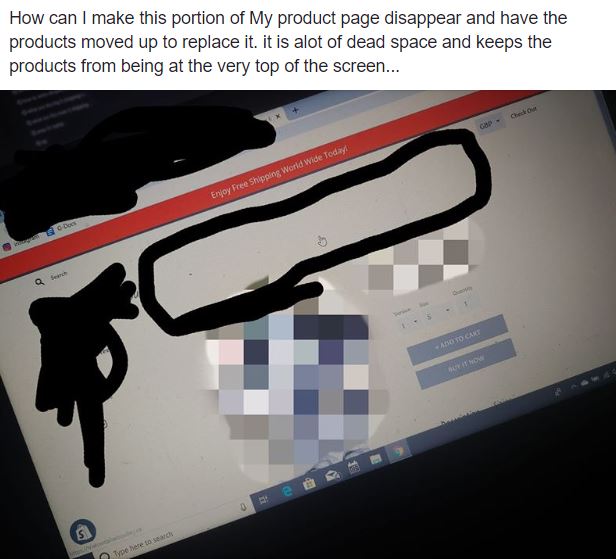 As we all know, the dropshippers are a whole new breed of wantepreneurs (for the most part). If you thought SEOs were the bottom feeders of the tech world, think again. At least in order to do some SEO you need half a working brain. Dropshippers are people who wanna live the dream and are willing to pay Zuck a lot of money until they get there, usually never. Their business plan usually goes something like this:

Does the plan outlined above sound familiar? It's something I see someone moan about on a daily basis. And it's always the same marketing plan: Facebook ads.

Being someone who's spent $25k+ with FB ads, and got an average of 400% ROI while doing so, and sometimes even turning a profit on having as little as 17 cents spent, here's the deal about them: nowadays, they're fucking expensive. You can thank Tai Lopez with his social media guru course and your fellow dropshippers for that. I stopped using Facebook ads two years ago, when dealing with it became less profitable than working at fucking McDonalds.

Why do Facebook ads suck, you ask? It's because of how their bidding works. It's based on imaginary auctions (not that there's anything bad with that by itself), and the highest bidder gets the ad space. On top of that, you're all competing for the same audience - an audience that has limited attention and finite buying power, all the while being bombared with ads from everyone and their grandma. That drone enthusiast you're targeting is also interested in Coca Cola, Honda, fantasy football, cats, dogs, zebras, Eddie Murphy, Dr House, and 9/11 conspiracy theories.

On Facebook and Instagram, everyone has tons of interests so thus falls under a lot of target groups. Don't believe me? Go on freaking Instagram and thenSettings > Security > Account Data > Ads Interests, and see what you're interests are. Here are some of mine: Fiction books, LGBT community, swimsuit, dance halls, K-pop, Frank Kern, Patrizia Pepe, Overlanding, Paper, and Chiara Ferragni, among others. I have no interest in any of the above, and some of it I don't even know what it is.

When you and your fellow cat collar sellers target the same person, you're competiting for their attention, and price of ads is going up. Regardless of whether the person you're targeting or not even has any buying power (or whatever it is you're trying to get them to do), Facebook is selling their news feed ad space, and you're buying it. The result? The only entity that always turns a profit, no matter what, is Facebook itself.

When I see these stores and products people choose, their "research" is usually based on either:

Sure, you can copy someone's targeting, ad copy, graphics, store, and everything else about it. Still, that's no guarantee that you will make a profit. If you copy all of it, that audience might be getting into ad/product fatigue, so they're no longer valuable to promote this to.

Furthermore, on Facebook, you have to be incredibly careful with your budgeting - scale too quckly, you will waste money. Pause your ads, and they may never work again. Also, ads are shown to the lowest cost audience first, which means that once you're through those, even if you did make a profit at first, your cost per engagement will increase, and your profits will likely fall. Starting the same ad set again also guarantees nothing.

And the thing about having a hunch is - fuck your hunch. Each and every one of us lives in our own subjective reality, and if you don't have some data to back up your product research with, then it ain't shit but guessing.

How to actually do well with dropshipping

If your product is shit and doesn't do what it's supposed to, people will pick up on it, and soon enough, no one will be buying it. Or, you will be swamped with a bunch of chargebacks, get your PayPal/Stripe/whatever suspended, and lose money along the way.

Learn to deal with people and learn how to sell. Chances are, you can reach large parts of your audience without spending a time on ads, and that's more often than not, overlooked. They will hang around forums, Faceook groups, and subreddits, and they will ask questions. Contribute, offer value, and sell them shit.

If you picked a generic looking Shopify theme, out some products up, and are hoping for the best, don't. You are likely to be just another statistic among the thousands of failed dropshippers. Build a real fucking store. Better yet, learn how to actually make a store.

Even if something is working well for now, it's likely to end soon. Your competition will pick up on it, other people will steal your ads, or your audience will go into ad fatigue. If you're runnign Facebook ads, you always need to be coming up with new ways to reach your audience.

Try to sell from warehouses near your audience

Everyone knows about Amazon, dude. And if people see that you will take three weeks to deliver their overpriced butt plug ordered from your untrustworthy store, ordered from AliExpress, they're likely to go look for it elsewhere. Fix your shipping times, and get in touch with suppliers who can hopefully have stuff delivered within a week of ordering.

Don't focus on getting ROI immediately

If you have a good setup, and aren't selling trash, you will get more value from building an email list and having a funnel in place to target them, than that initial sale. Aim to break even on ads, and then focus on building relationships with your customers. That way, you can make some actual money, and your value per customer is likely to be a couple times higher than simply going for the initial sale and then never trying to sell them stuff again. Get their email and stop paying Zuck to reach your customers.

Have a backup plan

What happens when you go over your ads budget, and you haven't turned a profit yet? Will your entrepreneurial dreams go out the window? Do you have other ways planned to get people to your store? If your only game plan is to run some ads, better stop right about now, unless you have thousands upon thousands to spend on split testing products and ads.

In general, it's never a good idea to do what everyone else is doing. When everyone is looking to get a piece of the gold rush, go sell shovels. Dropshipping with AliExpress will probably be dead soon - the barrier of entry is way too low and you can get started with 0 experience. While this may sound like a good thing at first if you're a newbie, it's a horrible long-term business model - there will be more and more competition who got started the same way you did, and less money to be made selling cheap crap from China. Are there people doing well and making a killing despite all odds and regardless of my ranting? Sure. But, those are rather rare, and while it's easy to get motivated, especially if you don't know what survivorship bias is, you might just want to reconsider your whole business model. If it's something your 70-year old grandad can get into, it may not be for you.