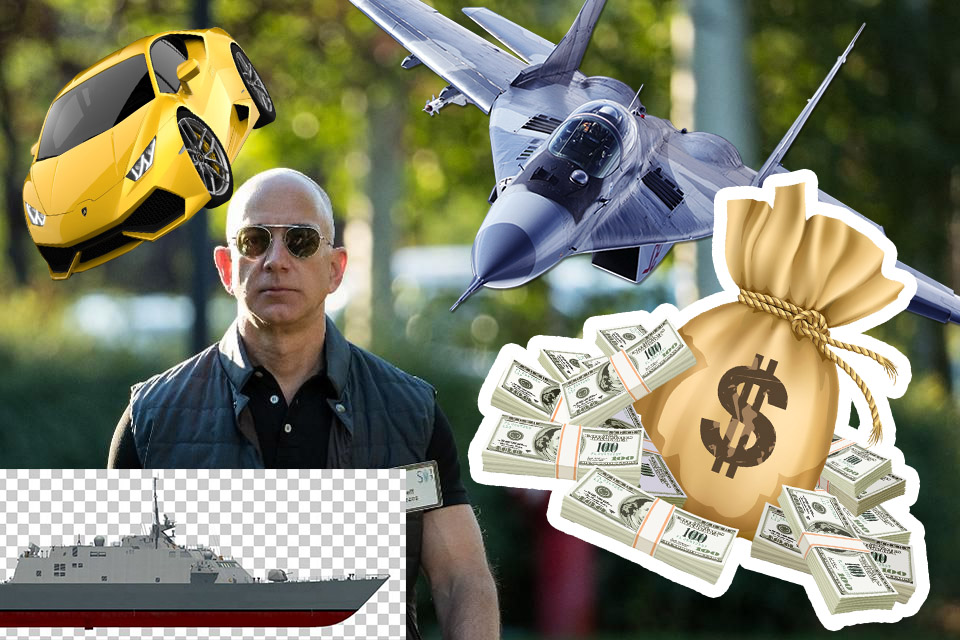 As you may already know, Amazon Prime Day 2019 is coming up soon – it’s going to be a 48-hour day starting on July 15th. Rumors are, as soon as Jeff starts pointing his phone camera away from his junk and starts doing things, they’ll start calling it Days of Prime. But, rumors are just that. Blame BuzzFeed.

Now, back to Prime Day, I know what you’re thinking… “Why would I want to promote barrels of lube”, right? Well, good point. However, Prime Day has been picking up over the past couple of years, and in 2018, sales reportedly went over $4 billion. Even with Amazon Associate’s miserable fee structure, there’s still hundreds of millions in commission to be made.

So, “What can I do this Prime Day to finally get rich and get out of the ghetto”, you ask? Ask no more, as they say.

First of all, you need somewhere to take your sheeple to. Sharing direct affiliate links might be an option, but generally speaking, you can get much better CTR to Amazon if you actually have a landing page listing 20 of the Top X Prime Day deals, for example. People usually don’t click just one “Check Price” link, but a few of them.

If you wanted to do this like a real man, you would put together a template for one such page in which you will have variables you can easily replace. Even if you can’t code at all, you are hopefully able to at least use Notepad++ or any other text editor and Find/Replace the variables in order to generate as many pages as possible.

If you can actually code, Amazon does have an advertising API, and you could do these much easier. Either way, you could probably do them at about 15 minutes a page, max.

The second option will be faster to pull off, but also possibly look less like a real site and less trustworthy. The main problem with this option though, is that if your domain gets blocked from Facebook (which often happens for literally no reason), you might have to get a new one to replace it, which by itself is simple enough, assuming they don’t compare chunks of the source code to previously blocked domains.

Now that you have your setup, here’s some stuff you can do in order to find and convince some infidels to click your links:

While the days of easily being able to claim that Michelle Obama is a man might be over almost over, quality spamming of Facebook groups isn’t.

By “quality spamming”, I obviously mean, don’t be an idiot. Spam is easy to hide when it doesn’t actually look like spam. People who don’t understand how links work share links all the time, and more often than not, are allowed to do so. If you think you can’t get away with link sharing these days, go back to the trailer park. Or, you could be a fearless momma for once, and understand that there’s far worse things being done in Facebook groups, such as discussing yeast infections and laughing over the deaths of immigrant children.

The process of FB group spamming would look something like the following:

The amount of accounts you need depends on how much you’re looking to spam. The more accounts, the better.

On Facebook, there’s a group for everything. Want to make fun of mall cops? Join a Facebook group. Want to discuss virgin tactics on how to sex up some sixes? Join a Facebook group.
This sort of segmentation is very useful when you’re looking to reach a certain audience. You literally know where and who the people who have your money are by entering a couple words into a search bar, and that’s awesome. You even know how many of them there are!

Also, try not to be an imbecile who doesn’t know what they joined with which account. Learn to use Google Sheets. I’m sure there’s working software that can help you do this so that you don’t have to go around joining groups manually.

Don’t just join one group per account. If you join the same group with multiple accounts, you’ll be at an advantage – you can like and comment on your own posts right away, thus increasing the initial engagement and getting more people to see your post in the group in their News Feed. This, in turn, will get even more engagement to your post (assuming your post isn’t horrible), and thus creating a sort of a snowball effect. You can have dozens and even hundreds of people on your site within minutes, and that’s not an exaggeration.

Don’t do it all at once. Pace it – try not to join more than a dozen groups every few hours. You don’t want your account losing the ability to join groups. Also, do this ahead of time and not on the very last day – a lot of groups require admin approval and some can often take days, even weeks, to approve of you joining.
Same goes for posting links – if you constantly share the same URL from the same account, it’s likely that either the domain will get blocked by FB soon enough, or that you’ll be locked out of your account for good and get asked to provide an ID, etc.

Reddit is also great to do this on, for reasons very similar to the ones about FB groups. You know where your audience is, and how many of them there are.
You can use the very same setup from the beginning of this article. For Reddit, I would go with the niche site version. If you want to do both Facebook groups AND Reddit, then it might be wise to do only the niche site setup and not have all the deals on a single site.

Put together some “Best Prime Day Deals on Gold Clubs” type posts, and a list of relevant subreddits you can share your links on.

Here’s another postI wrote about some subreddits potentially useful for spam purposes.

Now, while commenting on already existing posts is an option, you can get way more traffic if you get more exposure – which is, if you own the post itself. So, get yourself a few accounts, and start joining some subreddits that you’re looking to share your “Best Prime Day Deals on X” posts on. Then, have a plan how you’re going to start getting upvotes right after posting. A bot would be optimal, since buying them can get quite pricey, quite fast.

When it comes to Reddit, the faster you add upvotes to your posts after posting, the more exposure you’ll get, and it’s more likely to snowball into the top of the Subreddit.

Don’t go for huge subreddits, such as /r/mildlyinteresting, as your post will get buried underneath hundreds of other, likely more interesting / engaging posts.

Do this right, and you’ll be very likely to make at least a few hundred bucks on Prime Day. Do it great, and you could make thousands.

Now, Prime Day is what in marketing we call “seasonal”. In fact, it’s very seasonal. That means that any keywords you’ll be looking to rank for organically are likely to not even have accurate search volume assumptions on any SEO tool.

That, you can use to your advantage. Since almost no one will be looking to rank for specific longtail Prime Day keywords, you can get away with some lower quality SEO.
What I would do in this case is, have a master spintax article which you can adjust to change things in to match any keyword.

Then, go export the organic keywords some huge site like 10beasts.com ranks for using Ahrefs. Narrow the list down to things you’d like to target, and start building out those pages.
People have reportedly made up to $3000 doing this on Black Friday, and I’d think that you could use a similar approach for Prime Day.

Optimally, you’d want some sort of aged/expired domain that’s already indexed, otherwise Google might not pick up enough keywords to bring you any relevant amount of traffic.

Similar to what you could do with Google, you could pull off with YouTube.

Buy a bunch of YouTube accounts, and get yourself a copy of Mass Video Blaster Pro, as well as some mass video creation software.

Export the keywords of a big site as in the previous case, and put together some slide show-type videos for each keyword.

You don’t want to waste time on these, and you’ll want to put them together as fast as possible.

Then, have a landing page for each video that you can to funnel the YouTube traffic to. Put a watermark or something on the video itself – DO NOT put a link in the description, as this will be a footprint and will set off spam filters, meaning your accounts would be gone in no time.

The only that would be left to do is mass upload the videos targeting your Prime Day keywords. You can do this very easily with MVB Pro, and you can literally have thousands of videos up within hours.

5. Be smart about it

Hope this helps get some ideas of things you could do this Prime Day to bring some extra cash in. Keep an open mind about it, and find communities which you could help get good deals on products, and you might be rewarded.

Users Who Have Downloaded More RAM:
XxX_KPC.lover_xXx (8 months ago)
🐏 ⨉ 1Posted by Huevos Rancheros 1 year ago

So how was Prime Day for you boys?

I saw a 20% jump, nothing huge, nothing impressive.

Most shit I do is unrelated to Amazon. Slight increase, but my dataset is too small to say anything particularly definitive.

I didn't do much this Prime Day to see any sort of relevant increase. Black Friday is coming up though, so this article is probably even more relevant now.

thanks but will this also work for selling cheap caskets?