WooCommerce VS Shopify VS Magento - The Ultimate Comparison

If you are wondering what platform to use for your store, wonder no more.

WooCommerce VS Shopify VS Magento - The Ultimate Comparison

If you are wondering what platform to use for your store, wonder no more.

If you’re building an online store and aren’t sure what exactly you should be using, you’re not alone. This question is being asked hundreds of times per day, and almost every dev has an opinion on the topic – most of which are biased (mine included).

Three of the most popular online store platforms are Shopify, Magento, and WooCommerce (with WordPress). I’ll be looking at some of the pros and cons of each and discuss some possible use cases, to help you make up your mind.

I’ll try to be as objective as I can be in this article, so that I can hopefully help you find the platform that’s best for your particular case. Either way, it might be useful to know that I personally would always go with WooCommerce. But, back to being objective and trying to look at this in an unbiased manner.

As you probably already know, WooCommerce is an ecommerce plugin for WordPress. It’s used by thousands of successful online stores, and is entirely free.  It was launched back in 2011, and it’s grown a lot since then. It’s the go-to platform for most WordPress developers and people just getting started.

With WooCommerce, selling both physical and digital goods is a piece of cake, and so is customizing your store. Even though you should probably be smart about it and use GeneratePress, there are many other themes that work quite well with WooCommerce, with options such as Wish Lists and custom-looking, “e-commercy” navigation bars.

WooCommerce is simple enough to use and setup, and you can get started with it in no time. After installing the plugin, you will quickly have everything you need in order to build a functional online store.

Who should use WooCommerce?

If you’re comfortable using WordPress, prefer to have any question or issue you may have answered on the Internet already, prefer to have full control over everything, and want to avoid paying useless monthly fees for your store, then WooCommerce is for you. It can be used for anything – from a simple landing page to a complex SaaS billing system.

The only reason I can see for someone not to use WooCommerce, is if you’re a complete beginner and don’t know how to actually build a website, or if you need to do some specific function (like Oberlo for Shopify) that perhaps isn’t readily available for WooCommerce – although it probably is and you just haven’t found it. That’s it. In any other scenario you’re probably better off using WooCommerce.

Shopify is the go-to platform for every wanna-be dropshipper and every FB ads guru out there. I get it, it’s easy to use, and people who buy your guru course can’t fuck up, at least on the site-building part. Well, some probably still way.

Back to the topic. Come to think about it, I should probably cut Shopify some slack. It’s been around for 15 years now, and was launched in 2004. The platform is also quite safe to use, and they do have a bug bounty problem that contributes to that. They also have plenty of apps (plugins) available, which let you customize your store up to a certain point.

In terms of usage, again, if you’re new to technology, Shopify is by far the simplest online store platform you can get started with. All you need to do in order to start a Shopify store is:

It’s really that simple. Personally, though, I find that this simplicity takes its toll on what you can actually do with your store. Even though Shopify has plenty of apps you can use with it easily, let’s face it – as soon as you want to do something there isn’t an app for, you’ll hit a brick wall. This is the main tradeoff you get with Shopify, other than the $29 to $299 monthly subscription that you won’t have to pay for with both WooCommerce and Magento. Also, I personally feel that most Shopify stores look the same. Or perhaps that’s just bad design on part of whoever builds those stores that do look the same, I don’t know.

Who should use Shopify?

If you’re used to using Shopify, lack WordPress experience, or are looking to get started as fast as possible without having to learn “techy” things, and are comfortable with the monthly fee, then by all means, go with Shopify. It is a proven platform and takes some of the hassle out of the way, after all. There’s also plenty of successful Shopify stores doing thousands of dollars in daily revenue, so hard to go against that. Just please – if you’re about to start dropshipping from Aliexpress with Shopify and Facebook Ads, go back to 2015. 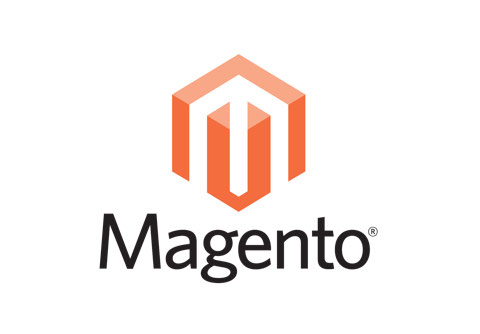 Magento is an open-source ecommerce platform, built in PHP. It was launched in 2008, and matured a lot since. It is the go-to platform for a lot of big companies, including, but not limited to Coca Cola, Ford, Nike, Samsung, Lenovo, Olympus, Liverpool FC, Vizio, and evil Nestle’s Nespresso.

Magento has both free and paid plans, with the community version being free, and paid plans ranging from about $2000 to dozens of thousands of dollars per year, for Enterprise solutions.

Once you have Magento installed, first and foremost, you’ll need to get familiar with the dashboard and where everything is – as is the case with pretty much anything, though.

The first thing you should do is set up your database, such as store name, shipping, payments, etc. After that, you should pick a theme – which can be any of the available ones.

New products can be added under the Products menu, or imported easily. There are also complex product types, which can be used for virtual products, gift cards, or bundled products.

Some websites trying to promote random crap will falsely claim that you need a VPS to get started with Magento, or that it isn’t easy to install it – none of which are true. It’s a platform just like WordPress and can be installed easily using cPanel (which most hosting providers have), usually with Softaculous.

Who should use Magento?

Magento is excellent for large stores, especially when those stores are managed by competent developers. It could work just as good with a smaller store, but you’ll likely be putting yourself through unnecessary hassle.

WooCommcerce is what you should probably use if you’re already familiar with WordPress, and know what you’re doing and how to do it, at least for the most part. Getting started with WooCommerce is pretty simple, almost as simple as using Shopify is. Plus, if you’re on a bit of a budget, saving the monthly subscription payment might be useful.

One main reason why I’ve decided to go with WooCommerce in the past, for things that would probably take less time to do with Shopify, is the fact that with WooCom you can use a personal PayPal account, while with Shopify you can’t. You’ll want to have a business PayPal account anyway eventually, but if you’re just getting started with something you may not have one available yet.

Keep in mind that any knowledge you gain while working with WooCommerce can probably be partly used when building a different, non-ecom WordPress website. The same can’t be said for working with Shopify, as that’s just an ecommerce platform and not an all-purpose one like WordPress.

On the other hand, if you want your hosting managed, want to get started as fast as possible, and don’t mind paying the monthly fee, then Shopify might be a viable option.

Magento should be used for larger, corporate-type stores, which may need to be scaled further and where things should be fairly easily manageable, even though they’re larger stores.

However, with most personal or small-business projects, you’re probably better off using WooCommerce – plenty of free content out there that will get you started in no time. It’s also entirely free, unlike Magento’s enterprise plans.

These are two entirely different platforms, and my arguments are pretty much what I’ve already stated – that Magento should be used for larger, more serious projects, and Shopify is the beginner-friendly platform, but which won’t scale as well as Magento will.

Last active 1 day ago:
Commented in thread Capitalising on the new Google layout