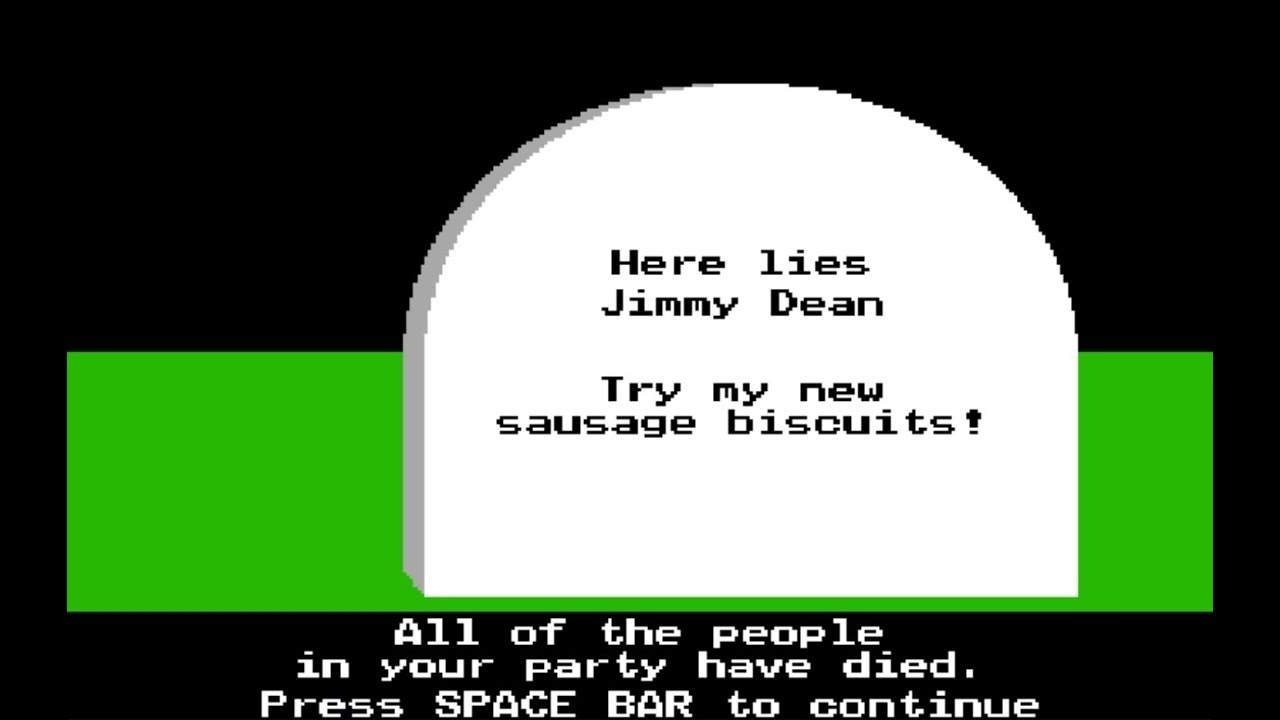 Remember Oregon Trail? | A Brief History of the Most Popular Educational Video Game of All Time

Remember Oregon Trail? | A Brief History of the Most Popular Educational Video Game of All Time

If you’ve ever gone to elementary school (and live somewhere in the US) then you’ve probably played some iteration of the iconic Oregon Trail video game, and have most likely named your party members after your friends only to watch them die of dysentery or drown in a river. It’s a good game.

There have been many versions of Oregon Trail over the years, but the most well-known one is the 1985 release that many people assume was the first one made. However, there were several versions before 1985, dating back fourteen entire years to the original game designed in 1971.

The first edition of the Oregon Trail video game was developed in 1971 by Don Rawitsch, Bill Heinemann, and Paul Dillenberger. All three were finishing their degrees at Carleton College in Northfield, Minnesota and acting as student teachers in the Minneapolis Public Schools district. They shared a humble apartment in the city.

All three had began teaching at an upper class suburban high school, where they remained for eight weeks before being transferred to schools in some of the poorest Minneapolis neighborhoods. Rawitsch, a 21-year-old history major, was student teaching an 8th grade American history class at a junior high school in north Minneapolis. Heinemann and Dillenberger were both teaching mathematics in south Minneapolis.

Rawitsch’s training to be a teacher emphasized using innovative methods to appeal to students and not become too dependent on his textbooks. When student teaching at the high school, he had already developed a board game to simulate

Compared to the more affluent neighborhoods, resources were much more limited at their new schools. Rawitsch noticed that the students were not overly impressed by him, and seemed to have little interest in learning about history.

Attempting to pique his students’ interest, Rawitsch would appear in class dressed as historical figures such as Meriwether Lewis. But when his supervising teacher asked him to prepare a unit on “The Western Expansion of the Mid-19th Century,” he had a better idea. Rawitch decided to create a board game activity about the Oregon Trail that his students would hopefully find more interesting.

From Board Game to Computer Game

In Rawitsch’s initial idea for the board game, students would play as pioneer families with the goal of travelling from Independence, Missouri, to the Willamette Valley in Oregon. Students would start with a certain amount of money for buying supplies and  advance by rolling die. As they went they would also draw cards with misfortunes on them, such as broken limbs, various diseases, and thieves.

Rawitsch was partway into developing the game when his roommates, Heinemann and Dillenberger, suggested that it would work well as a computer program, as it could keep track of their supplies and progress for them. They both had programming experience and offered to help Rawitsch with the game.

He was initially hesitant because the unit had to be ready in two weeks, but Heinemann and Dillenberger convinced him they could complete it in time if they devoted long hours to it.

The three friends spent the following weekend designing and coding the game on paper. Throughout the process, Rawitsch focused on design and historical accuracy of the game, Heinemann was in charge of programming flow and the hunting minigame, and Dillenberger worked on subroutines for the game, wrote the text that would be displayed to the player, and tested for bugs.

Through hard work and long hours, the team was able to complete the project within their two week timeframe. Heinemann and Dillenberger stayed after school for at least several hours every day to use the computer lab, essentially a closet with a teletype in it, in order to write the code. At home, they would write code by hand and then take it to the computer lab to input it. The code was written in HP Time-Shared BASIC. 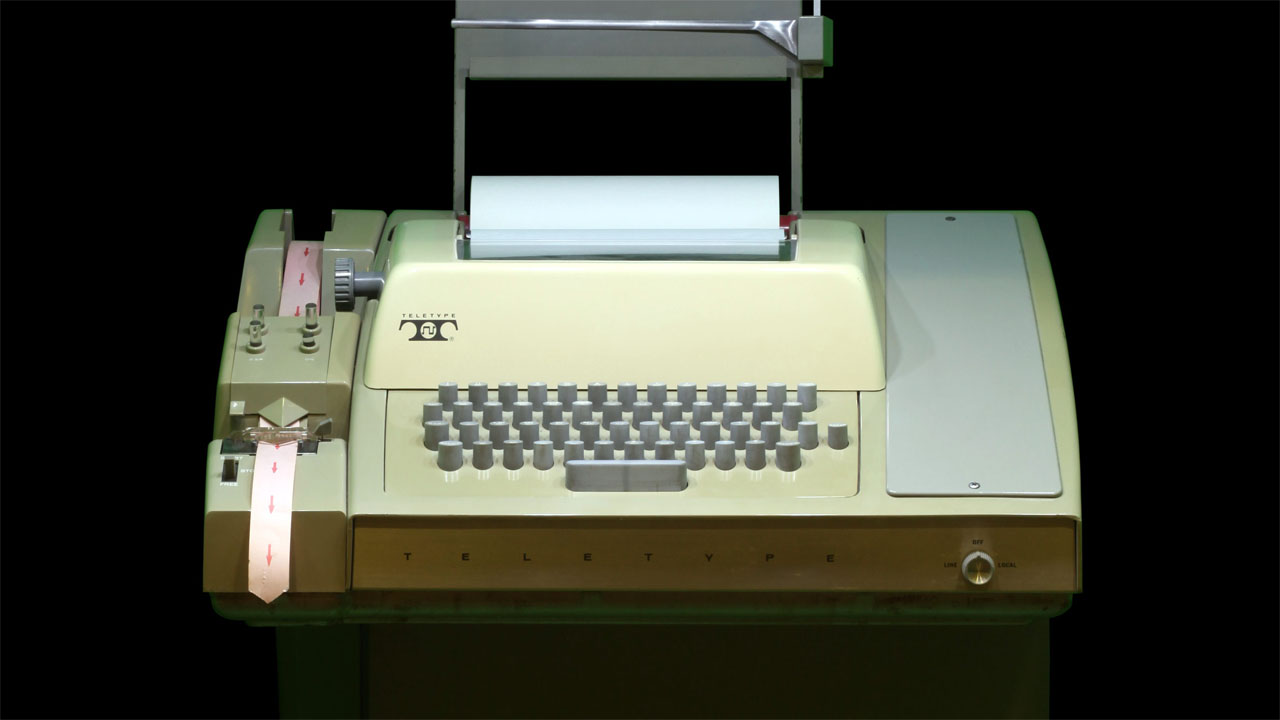 At the time, computers were not exactly commonplace and the school district had just purchased an HP 2100 minicomputer, which was not so “mini” at all. The HP 2100 was a large mainframe computer housed in a secure building, which could be communicated with through a teletype device via a phone line.

The gameplay was, of course, text-based. The teletype accepted input through typing that was sent to the mainframe computer. The output was then sent back to the teletype, which was printed out on paper for the player to see and respond to.

Players were tasked with resource and money management and their decisions affected their likelihood of contracting disease or encountering other life-threatening dangers. Additionally, events were tied to the geography of where the player was and the time of year.

A hunting minigame required that the person playing type “bang” as fast as they could. If they misspelled  “bang” or took too long to type it then they would fail to shoot whatever it was they were trying to shoot.

Kids fucking loved it. The trio tested it out at the school where Heinemann and Dillenberger taught first, and kids would show up early and stay late to play it. They even took extra time to brush up on their writing skills in order to be more successful at the game.

The game was a success at Rawitsch’s school as well, where he let the kids play it in teams since there were many of them and limited access to the school’s sole teletype. He noticed that they became extremely invested, and even organized their teams based off each member’s skills--the best typist would man the teletype, someone who was good at math would keep track of resources, someone else would keep track of the map, and so on.

Most of these kids had never used a computer before and had a chance to be introduced to them through this entertaining and, at the time, groundbreaking application.

It’s worth noting that there were several text-based games predating Oregon Trail, and Colossal Cave Adventure (1975) is considered by many to be the first text-based adventure game. Travelling from Missouri to Oregon apparently isn’t enough of an adventure for some people.

At the end of the semester, Rawitsch deleted the entire program from the school’s mainframe, but not before printing the hundreds of lines of code onto a roll of paper and taking it home with him. For a time, the Oregon Trail was gone.

Since the original, there have been many, many more editions of Oregon Trail video game.

The first batch of these came about in 1974, when Rawitsch was hired to recreate the game by MECC, the Minnesota Educational Computing Consortium. MECC was a state-funded organization that developed educational software. Rawitsch updated the game with more historically realistic probabilities for different situations. This version was completed in 1975 and was extremely popular in Minnesota schools for the next five years.

In 1978, Rawitsch publicly released the Oregon Trail source code in Creative Computing Magazine, giving anyone who wanted a chance to use the code for themselves and develop versions for other systems. These new versions were the first that become commercially available.

A guy named John Cook ported the game to the Apple II minicomputer, which had recently been picked up by schools at MECC’s suggestion. New versions of the game were also created for the Atari 8-Bit (1982) and Commodore 64 (1984). All of these essentially used the code published by Rawitsch without many additions or changes.

However, the 1978 Apple II version did change the hunting minigame from being completely text-based to having a picture of a deer appear, which the player could shoot by pressing a key. 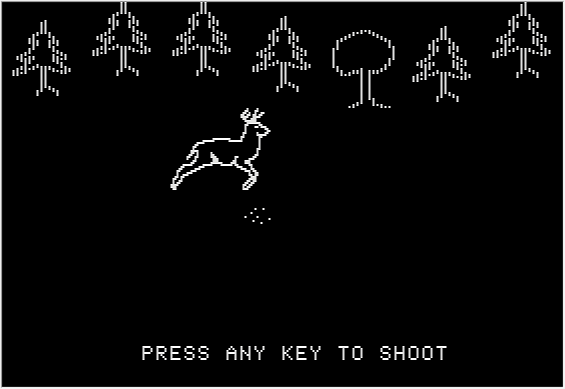 Amid these, a version of the game simply titled Oregon was released in 1980, which was the first in the game to widely integrate (albeit minimal) graphics. This version was so popular that it was updated re-released in 1985 as what many would consider the definitive Oregon Trail experience.

The Oregon Trail (1985) - The Definitive Edition

Although previous versions of the game had thousands of players, the 1985 edition was so popular that it would become the Oregon Trail game. It improved on the 1980 version with better graphics and attention to geographical landmarks, and NPCs for the player to interact with.

We could go into a lot of detail about this game but, as we covered, there’s a good chance you’re familiar with it already. If you want to learn more about it from the developer himself, check out this article by R. Philip Bouchard.

The popularity of the 1985 edition of Oregon Trail would spawn many more versions as time went on, meaning that the game has consistently been available for new generations. It’s a pretty good game, and you can even play versions of the game for free on Archive.org, including the Oregon Trail: Classic Edition (1990) and Oregon Trail Deluxe.

The most popular educational video game of all time? Is it true?? I really doubt it 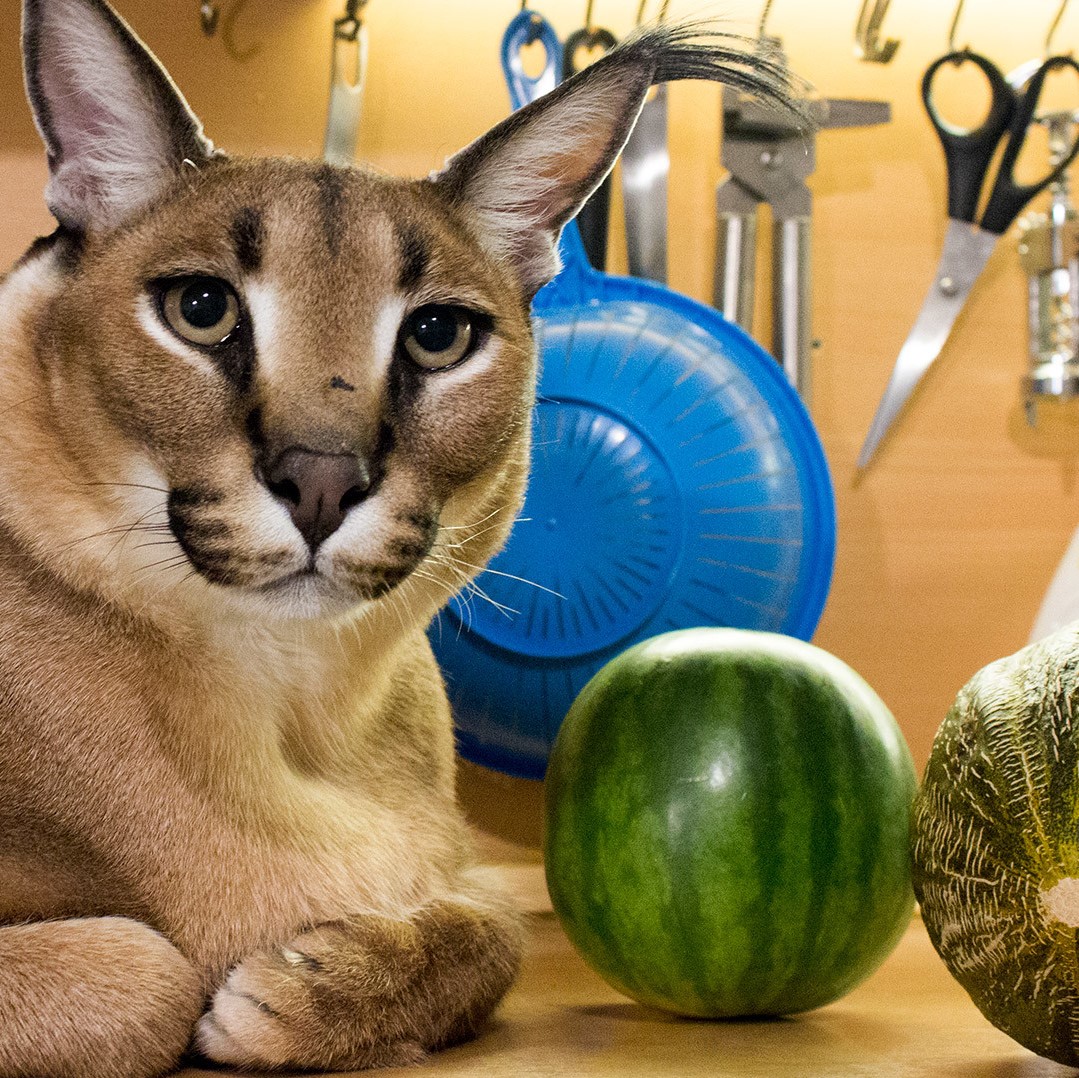 When I was a kid I really liked educational video games. They instilled in me a love for science. And since then I love gaming. I can play anything, just gimme a joystick or a keyboard. By the way, recently the game made me happy. You can also check it. I bet you'll like it.