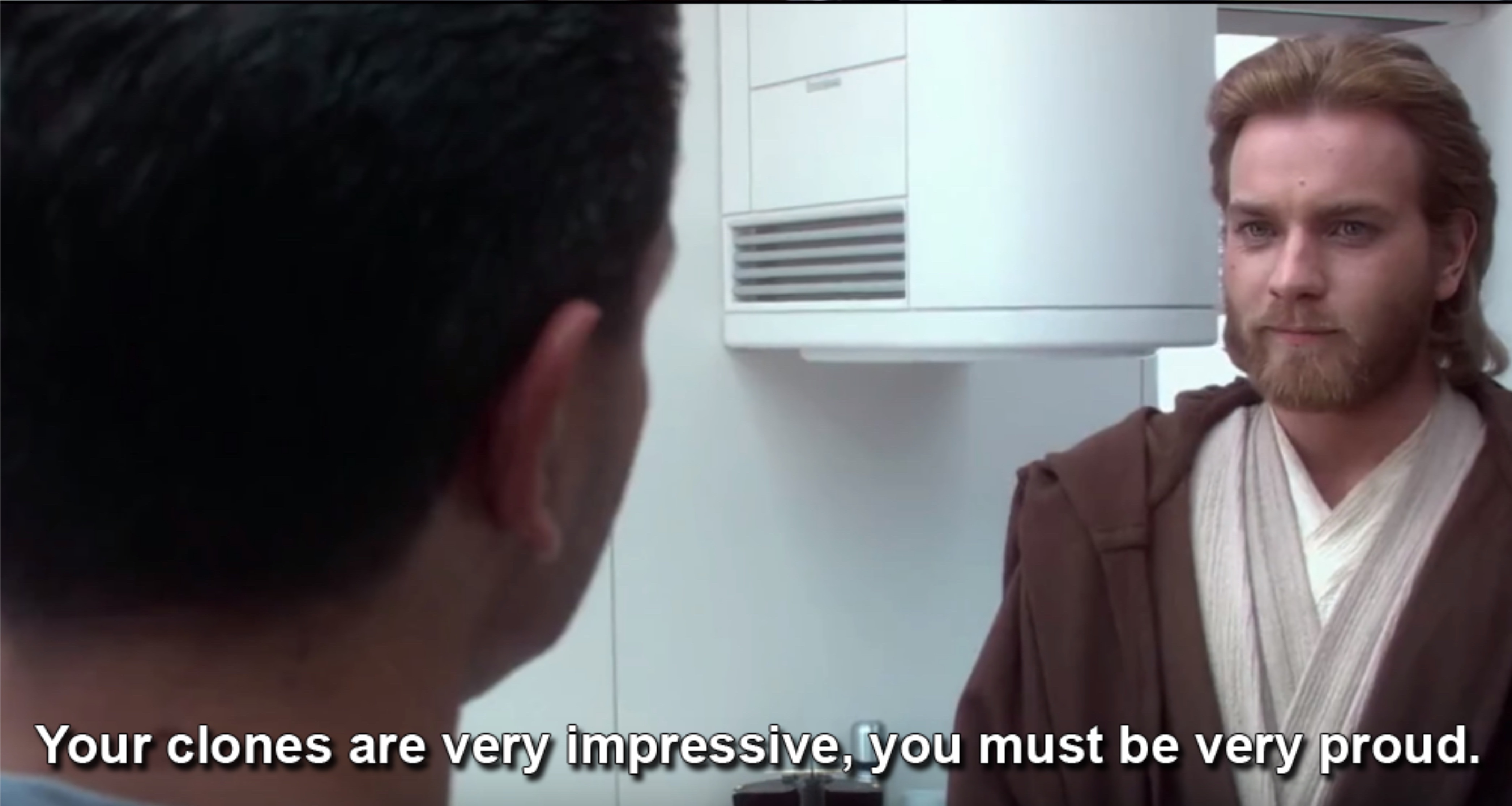 As they say, it's time for an infographic. 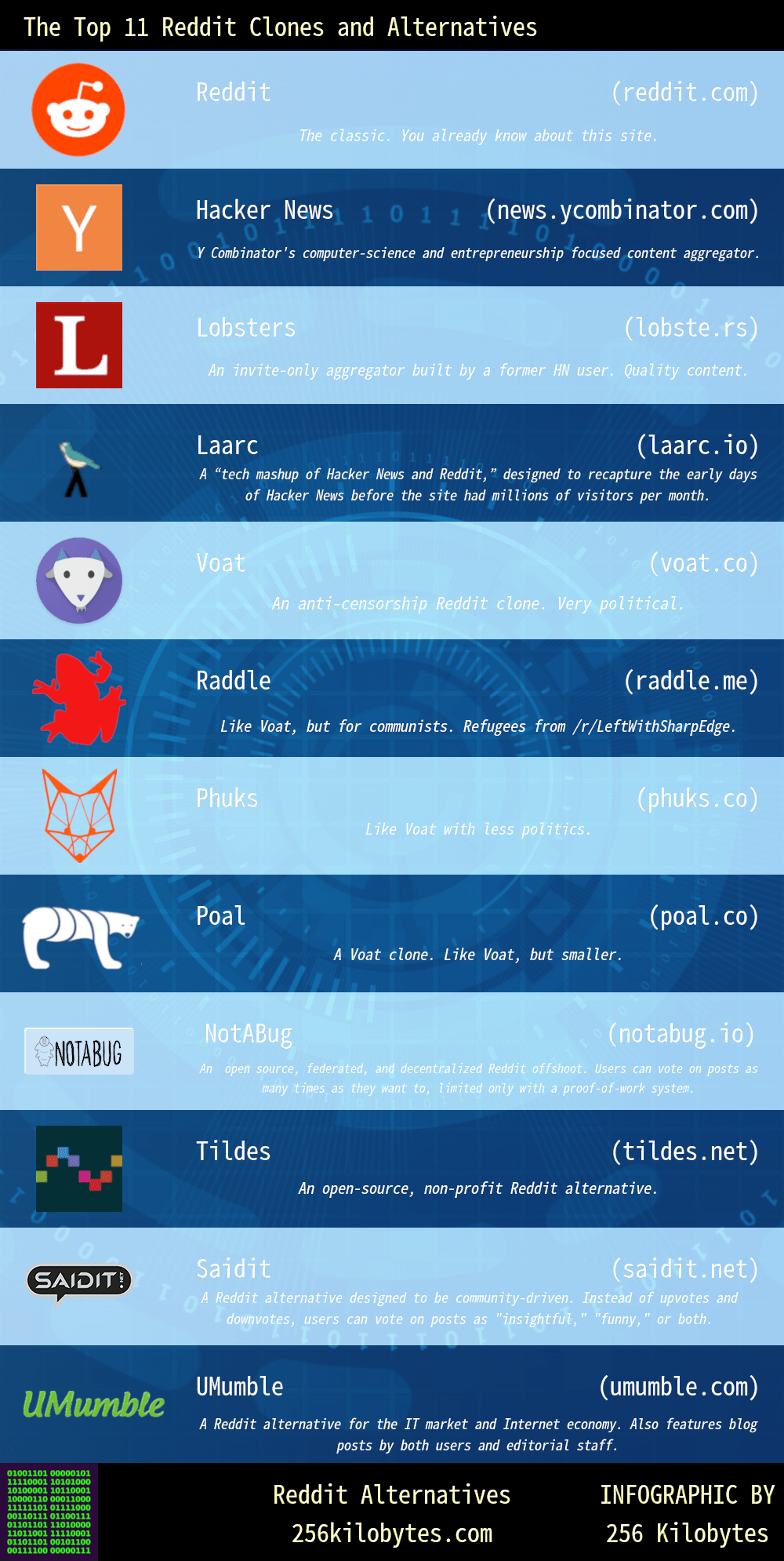 And also this article. 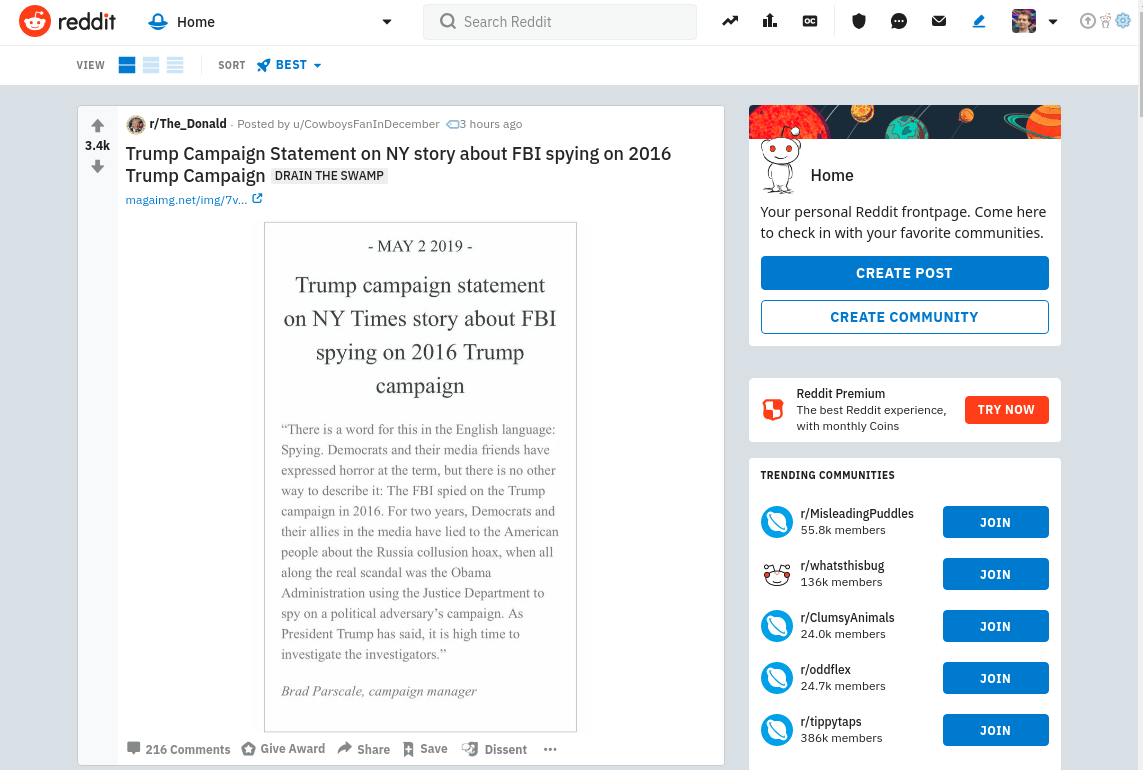 While not the first of its kind, Reddit is the most well-known and will inevitably be compared to other sites with similar looks and functionality. Everyone basically knows what Reddit is already, so let’s move on to the first of Reddit’s “clone” sites.

First off, we have Hacker News, which is run by Y Combinator and focus on computer science and entrepreneurship. It was originally intended to emulate the community of Reddit’s early days but at this point is 12 years old and has changed a lot since its creation. 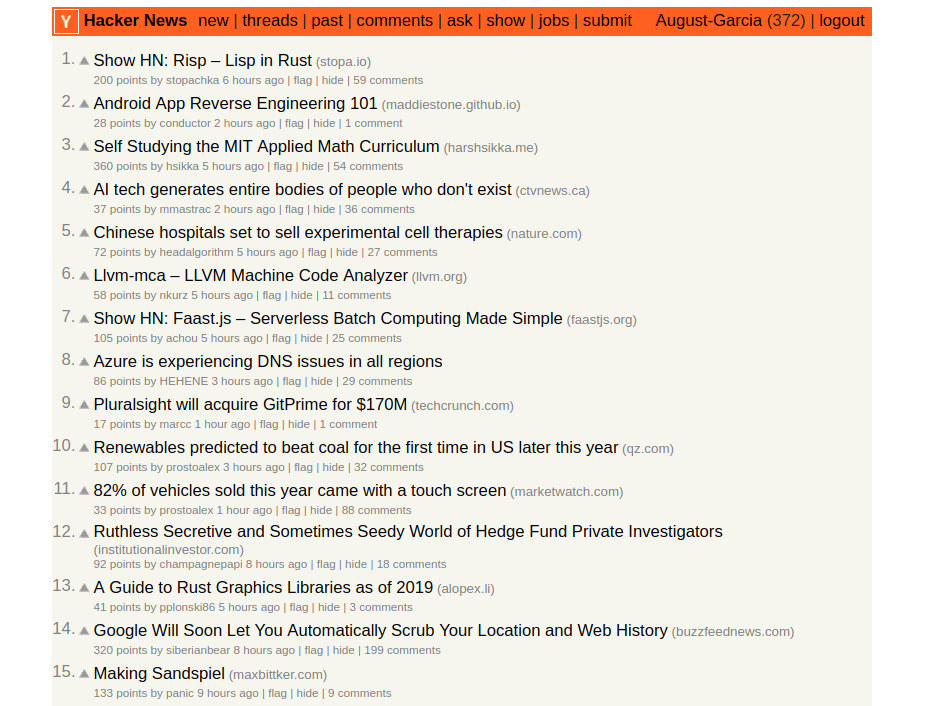 Unlike Reddit, HN requires 501 accumulated upvotes on a given user’s posted content before they themselves are allowed to upvote or downvote content, with the intention being to discourage lurking or non-community members making accounts to downvote content.

Hacker News has about 5 million monthly users, making it the most highly trafficked site on this list outside of Reddit itself. While this means that there is a good deal of content and discussion, some people have found that the site is not as focused and personal as it was when it was smaller. 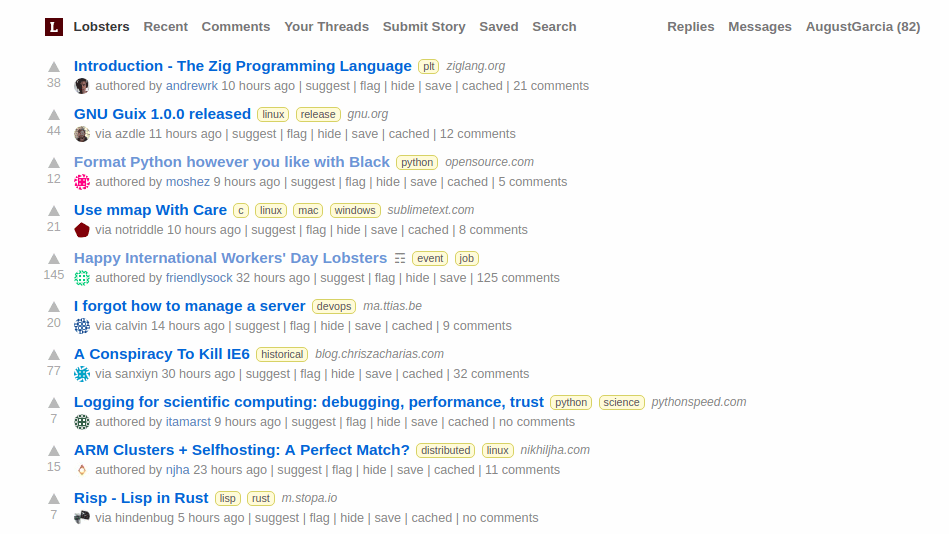 Lobste.rs was launched in 2012 by Joshua Stein and later transferred ownership to a new admin, Peter Bhat Harkins, in 2017. Although it shares some similar design and functionality with Reddit and Hacker News, the developers made several design choices to differentiate it and avoid issues that are common on other news aggregation sites. 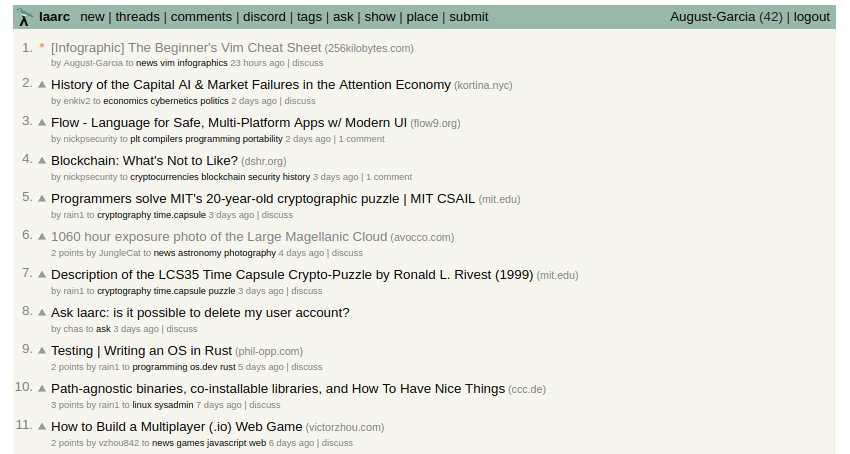 In this thread on Hacker News, the admin of Laarc.io discusses some of the key features that differentiate the two sites. One big difference is that tags can be used to categorize submissions.

Laarc also has elements of Pinboard.in, a privacy-oriented bookmarking site that uses tags to organize bookmarks. They also have a thread where users can request new features.

In 2015, Reddit banned four subreddits following the institution of an anti-harassment policy, the largest of these subreddits being r/fatpeoplehate. A large number of users moved to Voat.co, a Reddit clone established in 2014 with a focus on freedom of expression. Similarly, Voat received another influx of users when r/incels was banned in 2017. 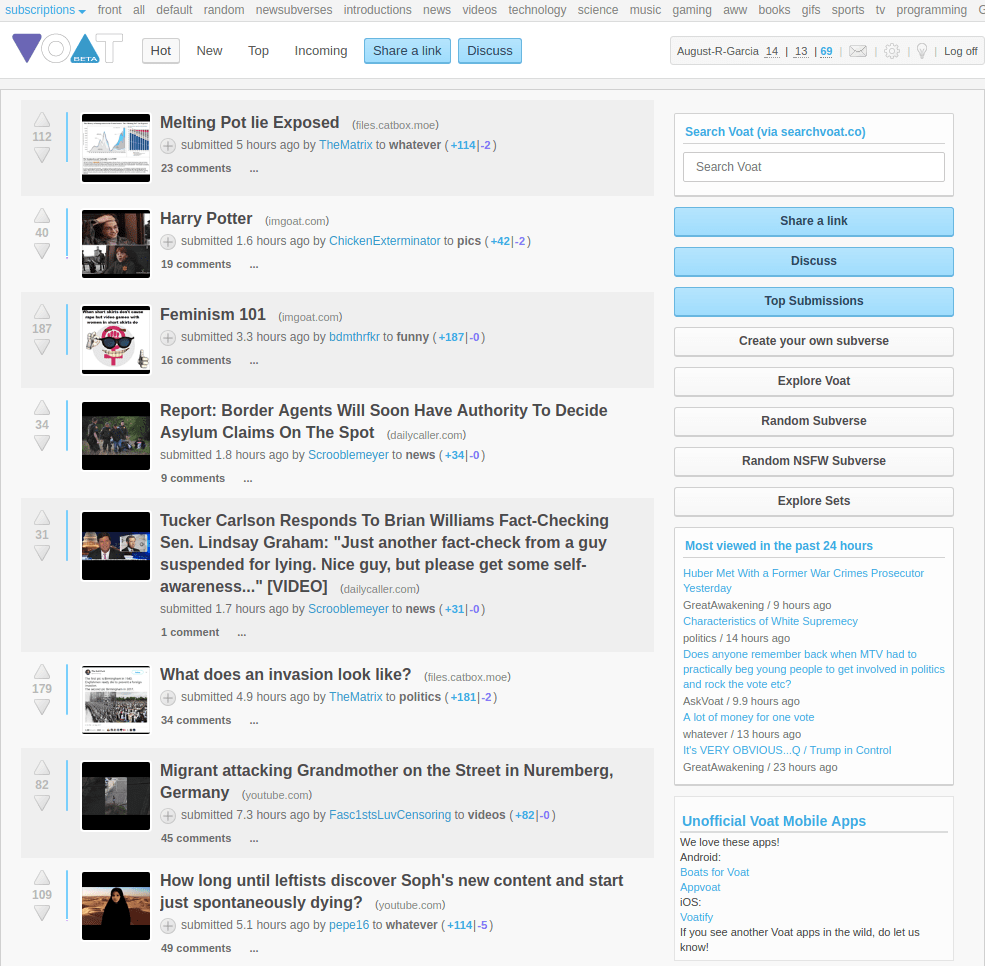 According to their about page, Voat.co is dedicated to privacy, quality content, and a friendly atmosphere. However, several news outletshave claimed that the site is a hub for alt-right users that depend on shock value posts, in the grand tradition of 2channel and 4chan.

Raddle.me is sort of like Voat, but kind of the opposite, I guess? Instead of supposedly alt-right Reddit refugees, Raddle.me is populated by radical leftists that left Reddit when r/LeftWithSharpEdge was banned. 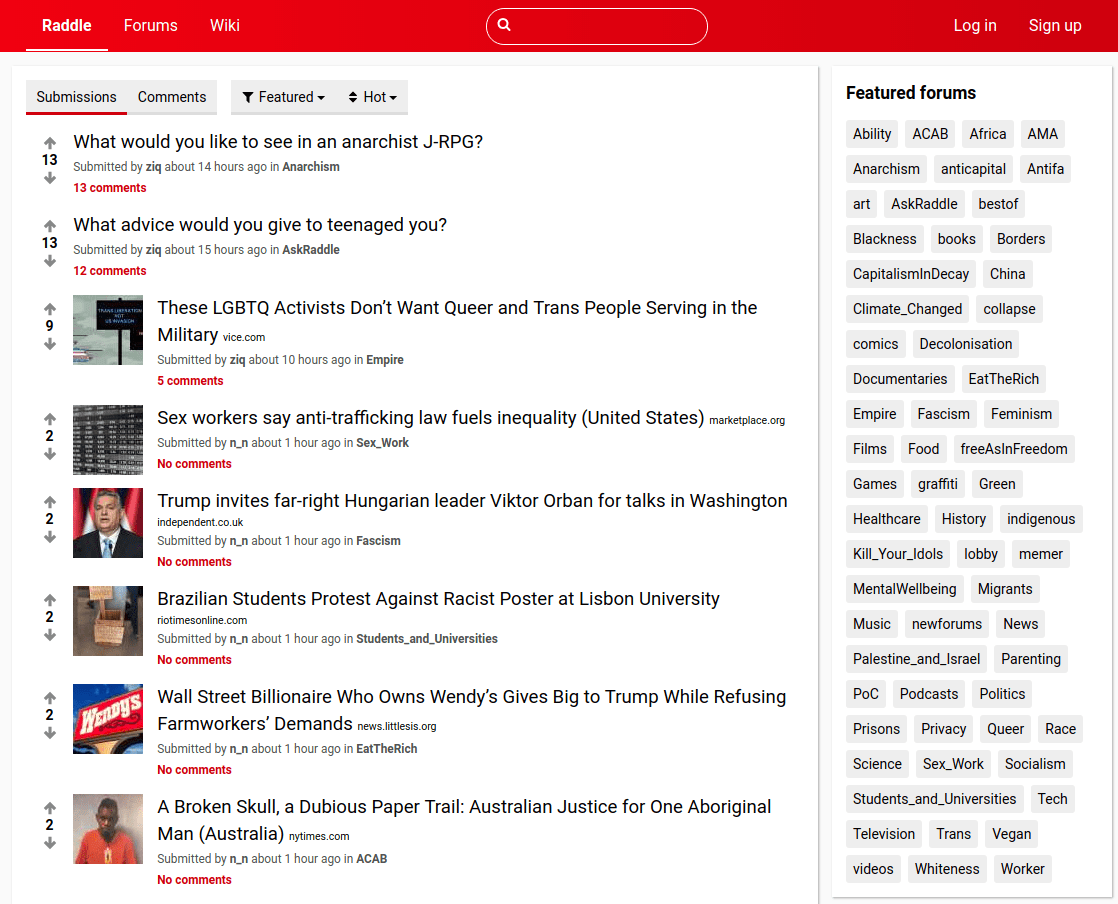 According to users, Raddle is intended as a safe place for socialists and anarchists to speak out against fascism without fear of punishment or being controlled by a corporation.

Phuks.co is just sort of a generic Reddit clone, or rather a Voat.co clone. Apparently, it has a similar philosophy and user-base to Voat and allows for free speech, but also explicitly prohibits hate-speech and discrimination. 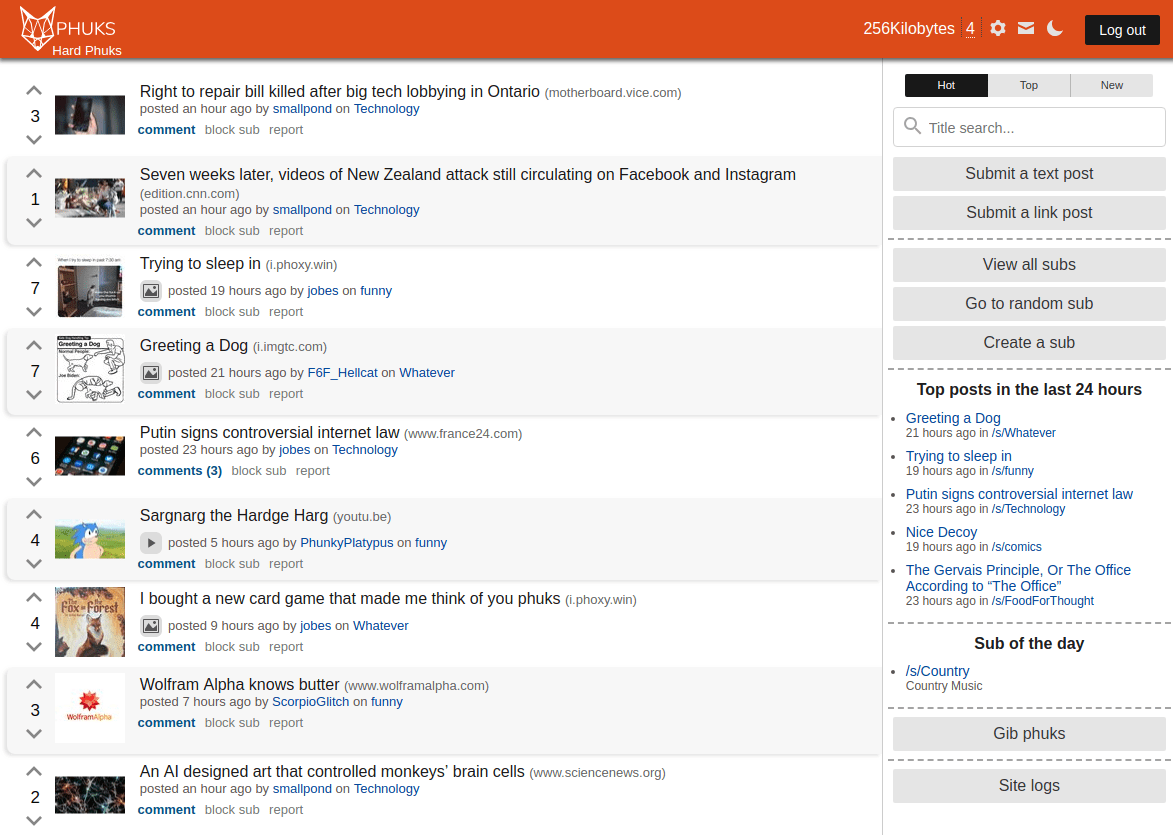 Unlike the others that have been mentioned so far, I’m not entirely sure if the site has any special features or gimmicks that it’s trying to do differently. It exists mostly as an alternative for people who got tired of the atmosphere on Voat.

Poal.co is a straight-up clone of Phuks.co, also populated primarily by users who left Voat.co. Most users left Voat either because they felt the admins didn’t care about the site or because it went down too often to be considered reliable. 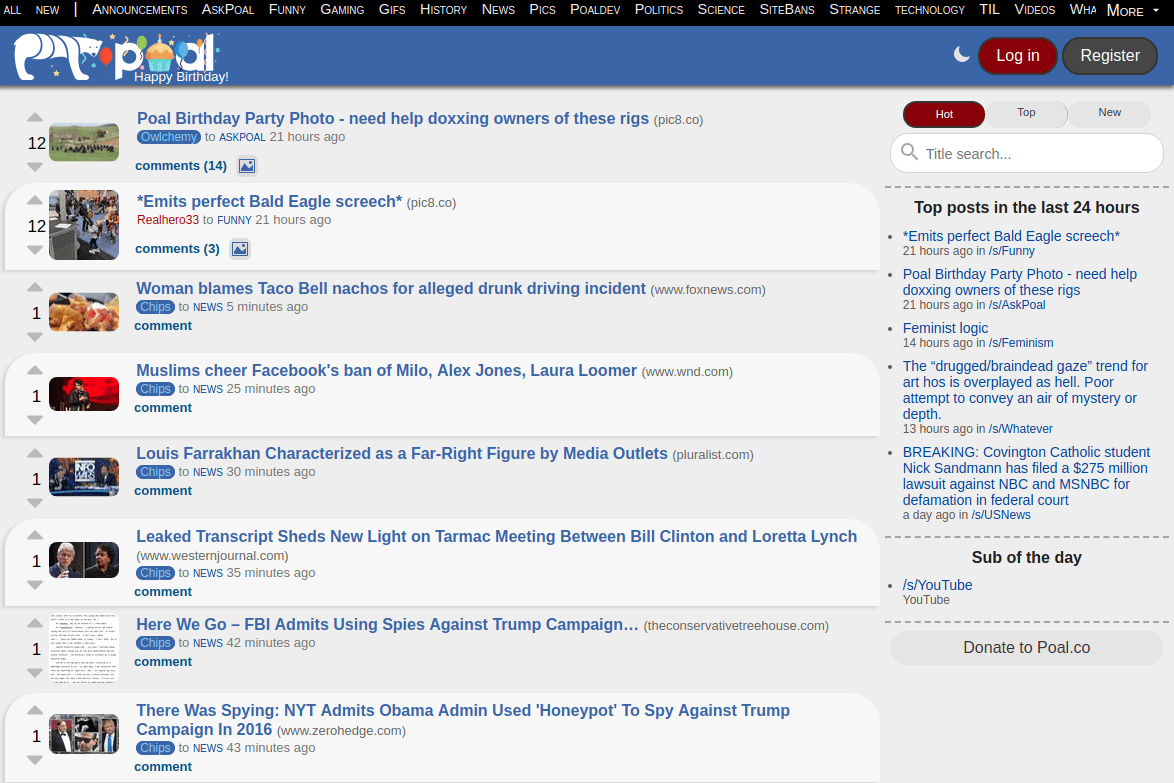 One of the times that Voat went down, Phuks offered users the code to make their own alternative site. Poal is almost exactly like Phuks, and even has a nearly identical ToS page

The main difference is that Phuks has the rule “Posting content of any kind that incites discrimination, hate or violence towards one person or a group of people because of their belonging to a race, religion or nation is strictly prohibited” while Poal does not. Poal seems to be more along the lines of Voat in this way.

Notabug.io is a Reddit clone that goes as far as to use Reddit’s own CSS. Sort of like Voat, Notabug’s main focus is free speech. It does stand out from the pack due to being open source, federated and decentralized. 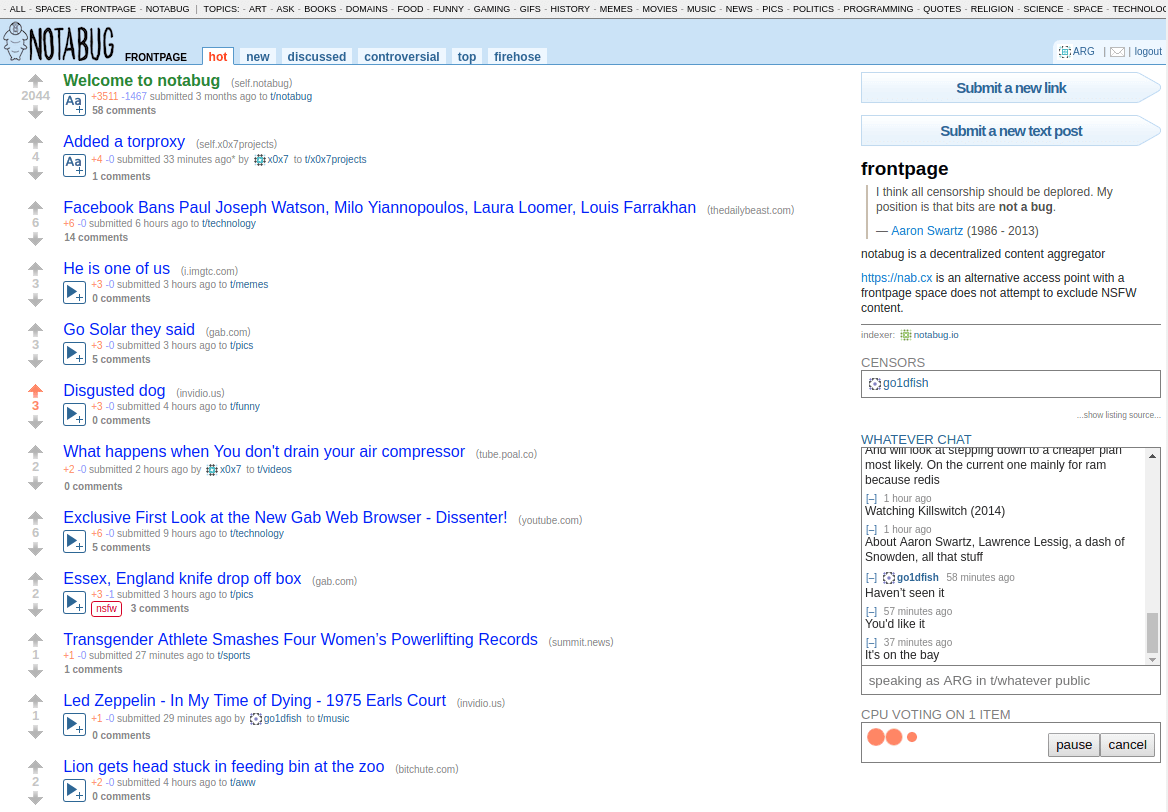 Though a proponent of free speech, the admin of Notabug.io, go1dfish, is apparently not the best person ever.

Next up is Tildes.net, an open-source, non-profit Reddit alternative. Tildes is intended to be community-driven and avoid reliance on outside investors or selling data to third-parties. You are also not supposed to act like an asshole on Tildes. 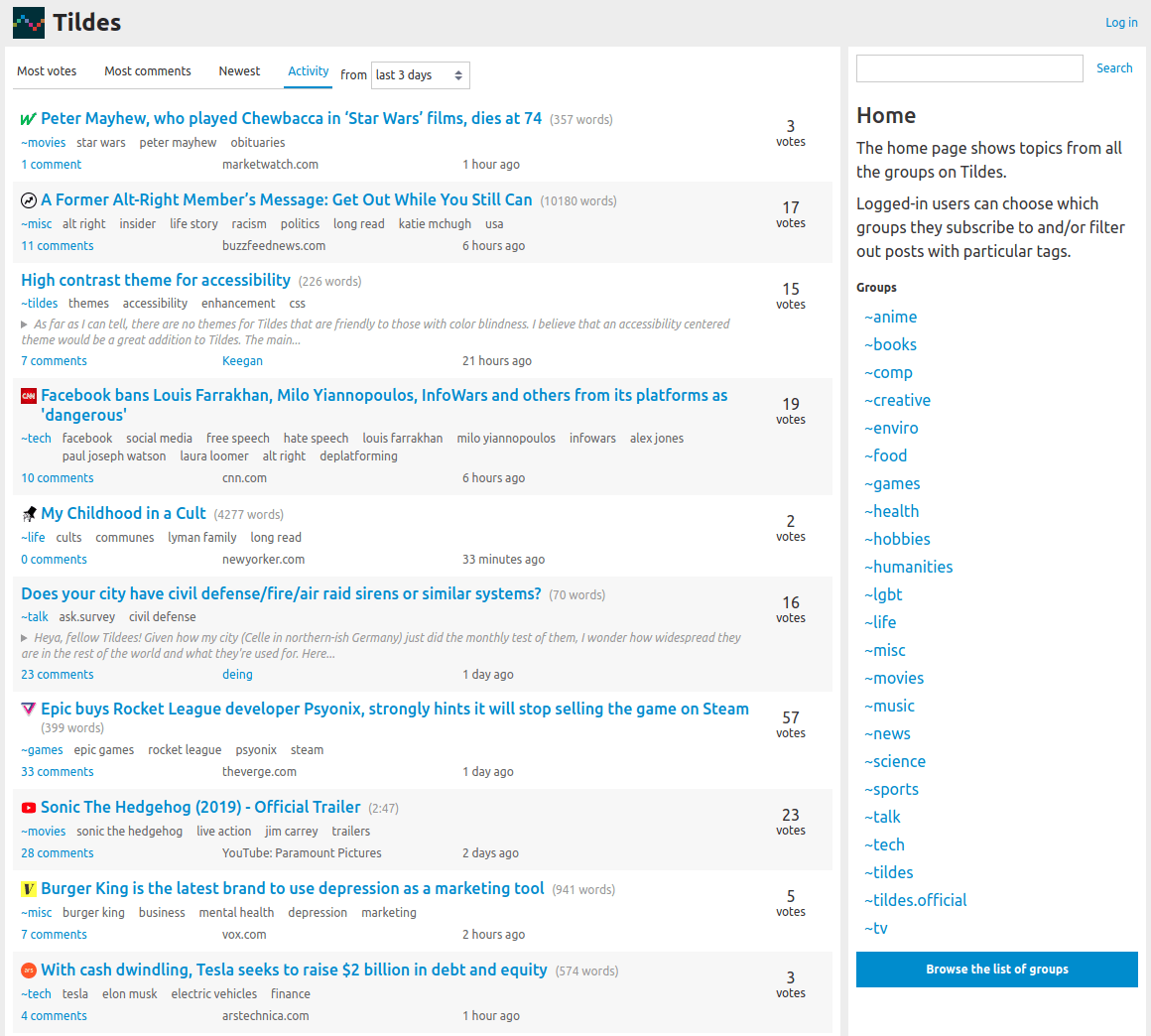 Tildes is currently in an invite-only alpha and, similar to Lobsters, all new users must be invited by current users.

SaidIt.net is billed as an alternative for people who don’t like sites like Reddit or Voat. It is also intended to be community driven and avoid big money interests. 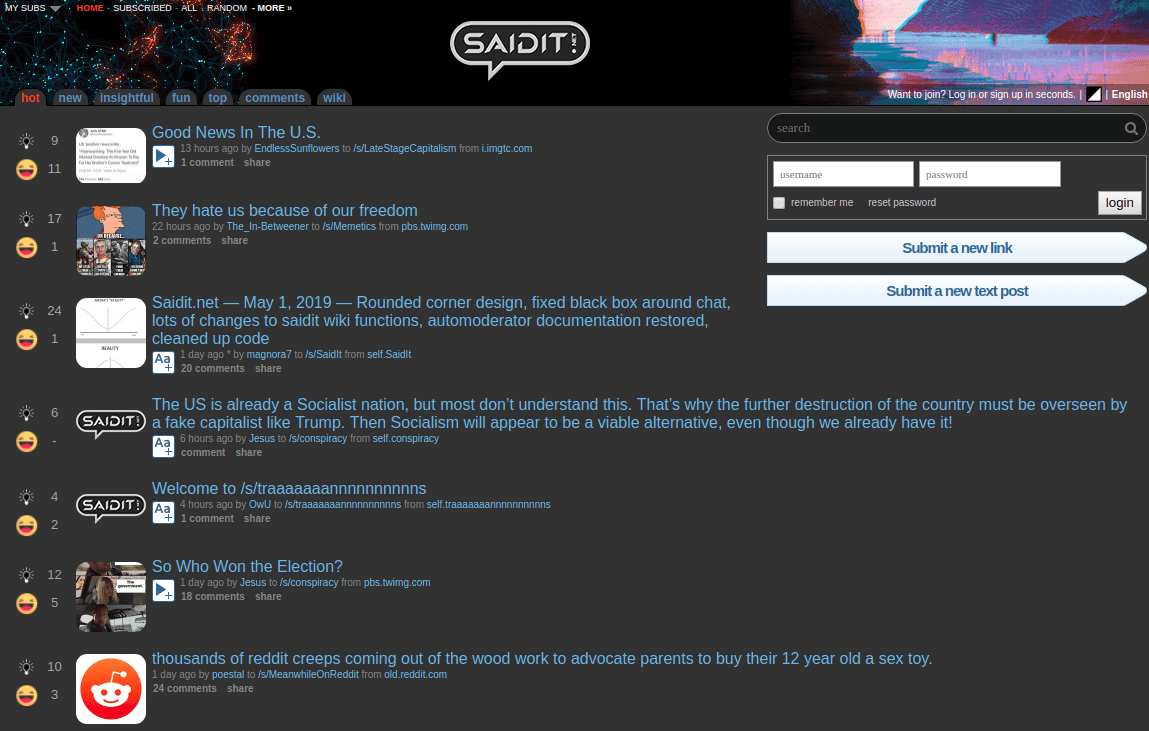 SaidIt also has its own method of upvoting which gives two options: insightful and funny. The idea behind this is that it will help provoke discussion by allowing users to separate out serious content or vice versa. The site also has an integrated IRC chat for each sub which is joined automatically but can be disabled in your preferences.

UMumble.com was founded in 2011 and is sort of like Reddit for the IT Market and Internet Economy, as well as associated topics. You’ll probably notice that UMumble looks quite a bit different from the other entries on this list. The Links section of UMumble is most similar to Reddit and other content aggregation sites, as it allows users to share relevant links to other websites. 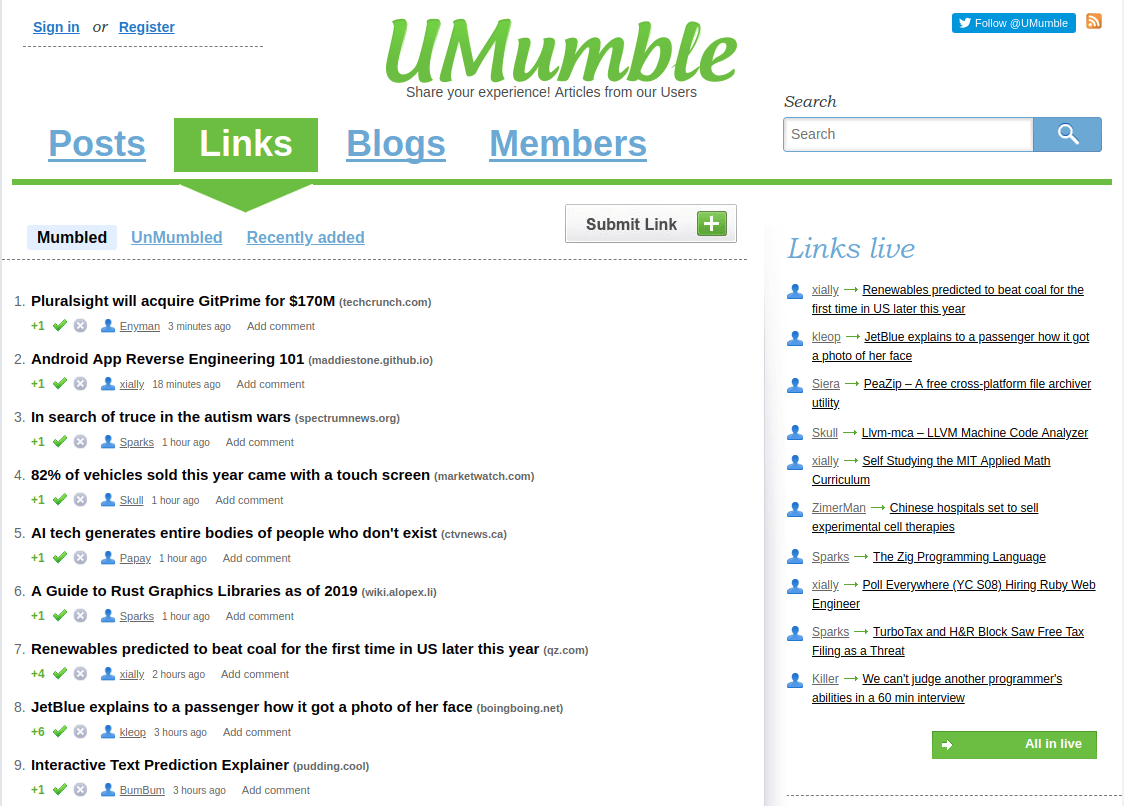 The site also features posts and blog posts created by users and editorial staff. This original content gives the site a more “curated” feel and, along with its sharp focus, helps set this site apart from other content aggregators.

The rules on UMumble basically amount to “don’t be an uneducated idiot” and “don’t say shit if you have nothing of value to say” which might be considered good advice in general.

And there You Have It

These are all the major Reddit clones that you should be aware of. There were at least several more that seem to be down or dead at this point in time. Some of these sites seem to be better or have more users than others. Some are probably more in line with your priorities and values than others.

In any case, they exist and they may be worth your time if you are tired of Reddit and find an alternative that better fits your needs. Godspeed and may your semi-anonymous Internet-posting be joyous.