The 10 Words That Only Indians Say

Plus: The Comprehensive Guide to Pretending to be American on the Internet

The 10 Words That Only Indians Say

Plus: The Comprehensive Guide to Pretending to be American on the Internet

Part 1: The Top 10 Words That Only Indians Say

If you spend enough time talking to people on the Internet, you’ll notice that there are a number of words that only Indians ever use. The presence of these words in otherwise normal conversation provides an easy method of identifying Indians who are pretending to be from the US in order to distinguish themselves from other leads.

In this case, we’re using “Indians” as a blanket term for anyone in a non-first-world country, such as Pakistan, the Philippines, Bangladesh, Africa, and yeah, India. For all intents and purposes, these people all function as Indians when you’re hiring someone online.

Similarly, I’m taking an ethnocentric point of view and including people from the UK, Canada, and I guess Australia under the “American” umbrella.

Here are the top 10 words that only Indians use. Commit them to memory:

You’re from the US. Think about the last time you heard someone ask you to “kindly” do something. That’s right--no one in the US has ever said that before.

People in the US ask questions. Indians ask queries.

Ex. “I am a keen web developer who adapts to new challenges quickly.”

Go interview 50 people on Upwork and see how many use the word “keen” in their cover letters. They somehow got the idea that Americans say “keen” constantly.

Ex. “I am keen to complete this task for you.”

When you’re Indian, everything is a task. Any job you’ve ever had, currently have, or will have is a task. Every action you’ll ever do is a task. Going to the goddamn bathroom is a task.

Often accompanied by no punctuation, “sir” is the go-to honorific for most Indians when talking to people on the Internet. I’m not your dad, you don’t have to call me sir.

Usually used in conjunction with "sir" when the person speaking doesn't know your pronoun of preference.

(Thanks to user Scuffed Dog for suggesting to add this one!)

Basically the exact same as “sir.” Typically when someone calls you dear they’re either your grandmother or they’re Indian.

Ex. “Will ping you on the skype”

Apparently this is a thing but I’ve never encountered a legitimate US person who uses it unironically. Be wary when someone offers to ping you…

As Americans, we may at times buy AAs from Costco in bulk, but we never ever provide halp in bulk. 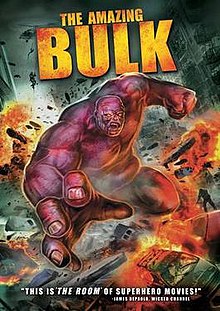 Ex. “I am a native english speaker”

When someone claims to be “a native English speaker” they are lying 100% of the time.

Ex. “Please do the needful and advice me”

Unless you’re Stephen King, you’ve probably used the word “needful” in your entire life. “Do the needful” is essentially a phrase entirely devoid of meaning.

Ex. “I am proficient in English both written and oral.”

It would be difficult to estimate the number of times I’ve seen the above sentence included verbatim in an Upwork proposal. I’m hiring you for an online position, you I really don’t care if you’re proficient in spoken English or not.

Ex. “Your servant in Christ”

Because we believe in the separation of church and state in America, we don’t typically begin or end cover letters with religious exaltations unless we are applying for a job as a reverend or a nun or something. Indians...sometimes do, for some reason.

Part 2: Five Steps to Pretending You’re From the Real USA

If you’re an Indian contractor trying to make money on the Internet, you may or may not be pretending to be from the US. Here are all the tips and tricks you need to effectively get jobs with American clients.

The first step to pretending to be American is to avoid the 10 Words That Only Indians Use. Though you may be tempted to spice up your DMs with a few choice words from the list, you must resist the urge at all cost.

It’s true that some people in the US will use words from the list ironically, but you need a certain level of savviness to pull this off. As they say, you need to know all the rules before you are allowed to break them. It’s the same reason that Cormac McCarthy can get away with writing an entire boon and not using any goddamn quotation marks.

2. Don’t Include Unnecessary Information on Your Resume

Here’s a list of personal information that you should never include on your resume (when applying for jobs with American clients):

Even if you are being upfront about where you’re really from, I would highly recommend having a version of your resume without any of this information on it. Anyone who sees this will assume you are not used to working with American clients and probably won’t do a good job.

3. Don’t Send Us Your Degree From the University of Kenya

In my time hiring people online, I’ve received roughly 100 degrees from the University of Kenya from applicants. It isn’t common practice to send potential clients or employers a copy of your degree unless they specifically request it. This is especially true for one-off Internet jobs.

Similarly, don’t send falsified degrees, driving licenses, or other documents to prove your credentials or identity. Forged documents look incredibly fake 99% of the time, especially if you made it yourself in photoshop in 15 minutes.

4. Forget Everything You Thought You Knew About Writing Applications

This is related to the “10 Forbidden Indian Words,” again, but it’s a bit more complicated. You need at least a competent grasp of English grammar to pull it off. Americans don’t necessarily use 100% real grammar, especially on the Internet, but they tend to take different liberties than Indians pretending to be American.

Here’s a tip that applies to anyone, regardless of whether they speak English as their first, second, or nth language: Only bad writers feel the need to use big/impressive words to convince people that they’re good writers.

Example of a bad application:

I am a highly proficient and prolific writer and I am eager to share my skills with your esteemed organization. Through my writing I have always sought to pave the way for advancement and progression, as well as hone my own talents and abilities as a wordsmith. I work efficiently both collaboratively and independently.

Please find my resume attached to this message. Feel free to approach me with any follow-up queries you may have and I will hasten to respond promptly.

I thank you for your consideration and eagerly await your response.

In this case, it isn’t so much about the individual words as how many “impressive” words they tried to shove into every sentence out of a misguided attempt to strengthen their application. I would never hire someone like this, whether they’re American or not.

Here are three quick tips to talking to potential clients in general:

1. Be casual, but articulate.

Trying to sound official or impressive is the easiest way to sound like a complete buffoon. “Casual” does not mean that you should completely give up though--your message need to be somewhat articulate in order to properly communicate and show that you should be taken seriously as a candidate.

“I work well both collaboratively and independently,” “I am able to follow instructions well and take my own initiative,” “I speak English proficiently, both written and oral,” and so on. These phrases are included so often that they cease to have any meaning at all. At least 50% of the time these are lies. They are also obscenely vague and say nothing about the job in question.

3. Interact with the job post/description.

Potential employers or clients don’t want to know that you are a “very good worker” in general, they want to know that you are interested in the subject matter relevant to the job you’ll be doing. If you display a genuine interest (rather than a copy-pasted cover letter), clients will speak to you about the job and decide from your conversation whether you’re a good applicant or not.

Example of a not-bad application:

Let’s pretend that the job post in question is for a ghostwriter who is going to write a short article on [leatherback sea turtles].

I saw your job posting and think that I would be a perfect fit. I’ve been writing professionally for the past three years and I am very interested in learning more about marine life.

I’ve attached a couple of recent articles that will give you a better idea of my writing abilities. I would be happy to hear more details about the job.

While not perfect, this message was clearly written by a competent and self-assured person. Most importantly, they only included information relevant to the job in question, and included samples of their writing so you can judge it for yourself.

The End of this Tangent

This section accidentally became about writing good applications in general, but that is honestly something that more people need to know about.

For Indians (but also you incompetent Americans out there), forget about all the flowery and official language that you see in example cover letters online. This type of language may be suitable when applying for a position at a high-end company, but not for one-off programming job online.

If you don’t know how to “talk like an American,” read real conversations for reference, not guides on “how to write cover letters.”

5. Stop Pretending to Be American

I know, I know. No matter how good you are at pretending to be American, a real American is going to see through your ploy in about one minute. If you are actually good at what you do, they won’t care where you’re from and they’ll hire you anyway.

The only reason this matters is because you’ll miss out on those sweet American pay rates. Chances are that your client is hiring from random forums in order to avoid paying American rates anyway. For the job they have in mind, they would rather have a great Indian contractor than a sub-par American one at a much higher rate.

Conclusion: Just come clean and be the best Indian you can be.

God bless and may He rise again.

Example: "today I met an accident".

"Madam" belongs to this list too. Especially in the sentence: "Hello Sir/Madam".

Scuffed Dog - Thanks for the suggestion. I agree that "madam" was a serious omission so I went back and added it.

I am Louis Cicalese, as they say.

Roses are red, the grass is green, show me bobs and vagene.

Also "sure" and "ok" are often used to mean "yes" when there is clearly no ambiguity.

Hi team, please see the query below and assist.