All that and the possible return of Arthur, King of the Britons

All that and the possible return of Arthur, King of the Britons

These systems all require that the user prove their age using their credit card, driving license, passport, or similarly official document. Once your age has been verified, you can browse between multiple sites and apparently the information used to verify your age is not stored.

Reasons Why it is Dumb

If you want a more anonymous option, you can also go buy a weird voucher (called a PortesCard) from certain retailers, which allows you to login to sites without your email address or explicitly sharing personal information with any online databases.

The fact is, 99% of the teenagers that are meant to be protected by this block are more familiar with the relevant technology than the lawmakers who thought this was a good idea. To them, the block will be little more than an inconvenience when things like VPNs are easily accessible.

The Rise of VPNs

VPNs reroute traffic through various servers in order to disguise the user’s IP address and real location. In this case, a simple VPN can be used to make you appear anywhere other than the UK and BOOM--porn block circumvented.

If you’re in the UK (or are looking into VPNs for an unrelated reason) consider buying through the 256KB affiliate link which will grant you privacy and security while browsing, as well as our eternal gratitude.

The Return of King Arthur?

Last active 7 months ago:
Posted thread Remember Oregon Trail? | A Brief History of the Most Popular Educational Video Game of All Time 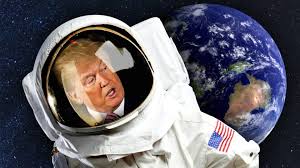 I fucking hate my country

All this is going to do is increase the number of weird brits. And if I were a parent and I thought my 17 year old doesn't understand how sex works, I'd be pretty weirded out, too.

As for the tech side, you shouldn't be allowed to make decisions on things you obviously don't understand. Reminds me of BHW moderators approving marketplace threads related to SEO.