How to pretend you’re blind (on the Internet)

If you want to trick strangers that you're really blind, for e-whoring or other purposes, this is how you do it.

How to pretend you’re blind (on the Internet)

Articles in Offtopic | By Huevos Rancheros

If you want to trick strangers that you're really blind, for e-whoring or other purposes, this is how you do it.

Want to get the benefits of people you don't know feeling bad for you? Or perhaps you want to be a protected species on an online forum. Regardless, if you’ve ever wanted to pretend you’re legally blind for any autistic reason you may have and make it seem like you're using text-to-speech or something, here’s how you do it.

You first take a very nice 95% grammatically accurate piece of text that makes complete sense, like this one:

Then, remove all punctuation. You can do this with RegEx in Notepad++ by replacing \.|\?|!|\, with nothing: 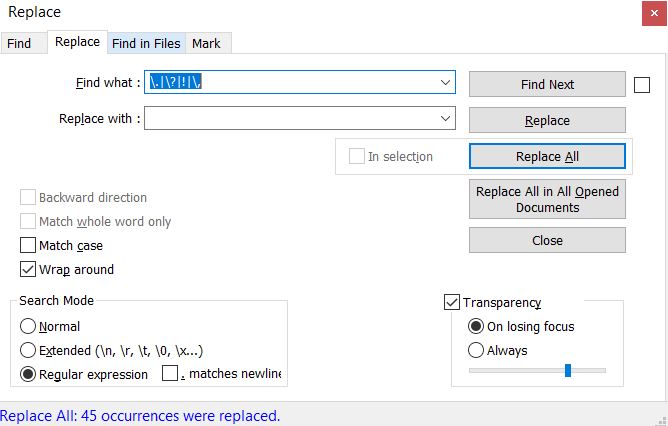 Now all we need to do is convert all upper case letters to lower case. You can do this in Notepad++ as well, simply by selecting all the text, then Right Click > lowercase

Now, as your secret sauce, you’re going to mix things up a little more. Go on Google Translate, and translate your text from whichever language you used, to some other, non-English language, like Jewish or something:

Then do the same, but this time from Jewish to English. You might have to convert all letters to lowercase in Notepad++ once more. Your final output should look something like this:

And there you go! This is how you convert your text to blindcase. Hope that helps.

Last active 1 week ago:
Commented in thread Garbage Can: The Thread